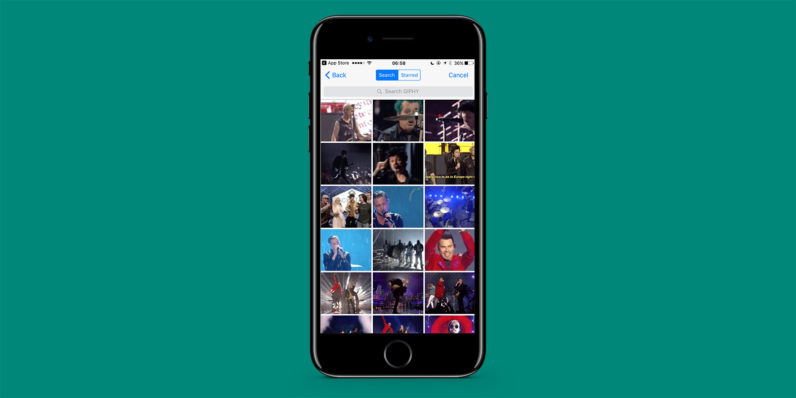 WhatsApp has updated its messaging app on iOS with the ability to send and receive GIFs. Yeah, it’s kinda late to the game – but it actually does a little more than just support animations.

In addition to sending GIFs stored on your phone, you can also search Giphy’s massive library (or Tenor’s, in some countries) to find animations to pepper your conversations with.

There’s also a powerful GIF editor that lets you add captions, stickers and even drawings to your chosen animation. Plus, you can trim clips to the desired length.

The latest version of WhatsApp also lets you turn videos that are 6 seconds or shorter into GIFs before sending them. To do so, simply select a clip from your camera roll and then tap the GIF toggle to convert it.

Some of these features were available to users testing the beta version of WhatsApp; today, they’re rolling out more widely.

It’s nice to see WhatsApp finally picking up some momentum in the messaging game. Of course, its Android app still has a bit of catching up to do: It doesn’t yet let you tweak your GIFs the way its iOS counterpart does.

The Facebook-owned service recently began testing a new Snapchat-like feature called Status on a beta build of its Android app, but it isn’t yet clear if that’ll become publicly available or when it’ll arrive.

Try all the new GIF features by grabbing the latest version of WhatsApp from the App Store.

WhatsApp on the App Store

Read next: Lenovo's MacBook Air-trolling ad from 2008 is still relevant