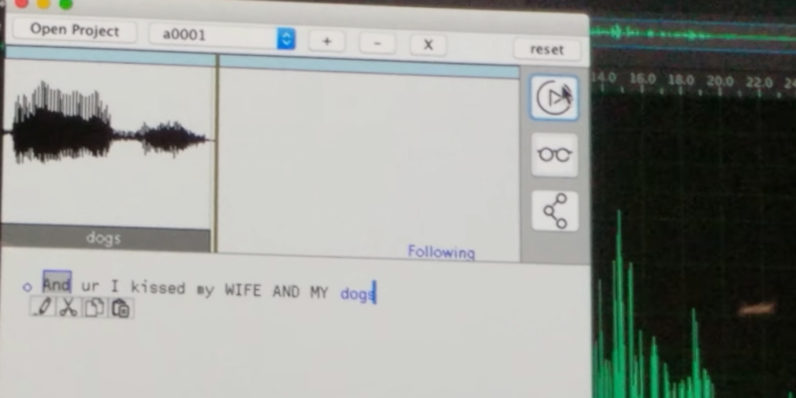 Get ready for a whole new universe of scams and conspiracy theories. At its annual MAX event, Adobe showed off a tool it’s working on that’s basically Photoshop for audio, in that it can generate authentic-sounding speech in anyone’s voice based on a small sample.

You read that right: Feed Project VoCo about 20 minutes of audio featuring someone’s voice, and the software will then let you edit that speech to deliver natural results. You can cut and paste words, and even add words that weren’t even part of the original sample file.

Hear it in action in this video clip from the event, which features comedian Jordan Peele freaking out exactly the same way I did when I saw this:

The Verge noted that Project VoCo is currently in the works and is being built by members of Adobe Research and folks from Princeton University. The company explained the software’s functionality in a statement:

Is it too late to rename it to Project Loco?

Expect to hear a lot of claims of the use of doctored audio from politicians and sleazebags in the coming years. Thanks, Adobe.