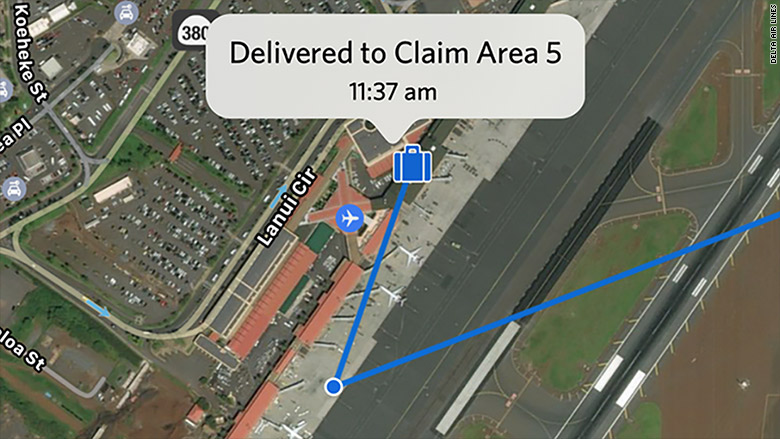 Confession: I don’t mind it when airlines lose my luggage. Sure, it’s inconvenient for a day or two. But at the end of it, I end up with some compensation in my back pocket, and some new clothes in my wardrobe, courtesy of the airline.

But I accept that not everyone feels as I do. For this reason, I think it’s kinda cool that Delta has included a real-time luggage tracker in the latest version of its mobile app.

The feature apparently cost $50 million to build. It allows you to see where your stuff is – provided that it’s at one of the 84 airports that support Delta’s new tracking tech.

Here’s how it works. All bags will get an Radio Frequency Identification (RFID) tag. This allows Delta to track them in real-time using radio waves.

Scanners positioned throughout the baggage system will allow Delta to monitor where the bag is, and relay that information to the passenger.

Delta has traditionally been one of the best airlines when it comes to handling baggage. During 2012, it lost only 200,000 bags. That sounds like a lot, but bear in mind it carried 98 million passengers during the same period.

You can try the feature on your next Delta flight by grabbing the app from Google Play and the App Store. Oh, and let us know how it works for you

Read next: Hillary Clinton email saga continues as 33,000 erased emails may not be 'missing' after all