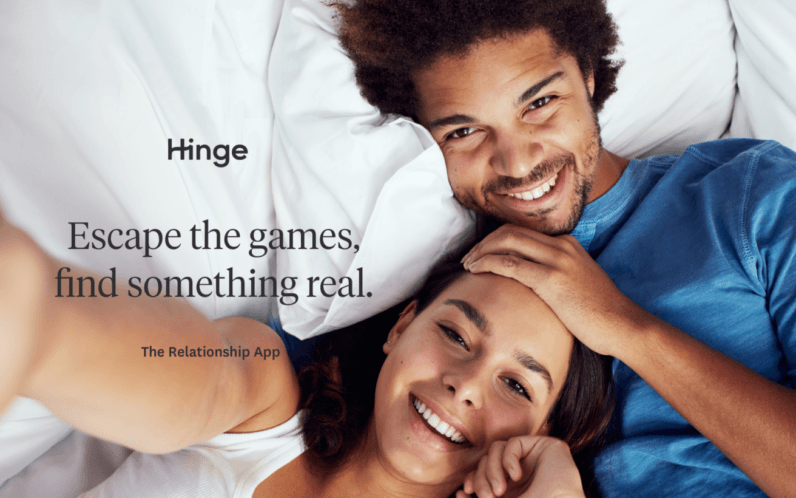 When you look at the online dating landscape, you see a fragmented market. There are apps like Tinder and Bumble mainly catering to a young userbase, focused around swiftly swiping dating prospects left and right to look for a match.

On the other hand, there are websites like Match.com, eHarmony and OKCupid (ex?) that don’t use apps for people to meet people. They’re instead opting for profile-based dating websites where you can browse through potential matches and make a well-informed decision based on more detailed info like common interests.

According to dating platform Hinge, apps are mostly used for quick hook-ups and not much more, and websites often ask for a lot of time. So what do you do when you’re young and looking for something more serious than a fling? Hinge is hoping to answer that question.

In a rebrand that’s launching today, Hinge is positioning itself as a ‘relationship app’. The formerly free service now costs $7, which gives you access to a closed community of people looking for the same thing.

The way the app works has also changed. The company calls it ‘like Instagram profiles for dating’. CEO and co-founder Justin McLeod explains to TNW:

Dating websites aren’t being used and dating apps have become like a game that’s dehumanizing its players. What we’re trying to create is a Match.com for the next generation.

That’s an interesting claim — especially because the founder of Match lost his girlfriend to someone she found on the website. However, Hinge found in its testing that on average two times as many people end up matching, and seven times as many connections turn into phone numbers exchanged.

To mark today’s release, the company created an exceptionally dramatic animation explaining the ‘dating apocalypse’ we’re living in today. In it, the protagonist fails to find a match due to the various dating games he gets trapped in.

Hinge has never been able to amass a large user base in Europe, so I’ve never had any experience with it before. But the direction they’re going in seems like an interesting break from current dating app conventions.

I don’t know if people are willing to pay $7 to get access to a more exclusive app — it’s a steep increase compared to the many free offerings. But if they manage to get enough users on board, it might be a great option for those fed up with temporary love.

The new Hinge will be available as an update on the App Store later today.

Read next: You can get the Lytro Illum camera at its lowest price ever — but only for the next 24 hours