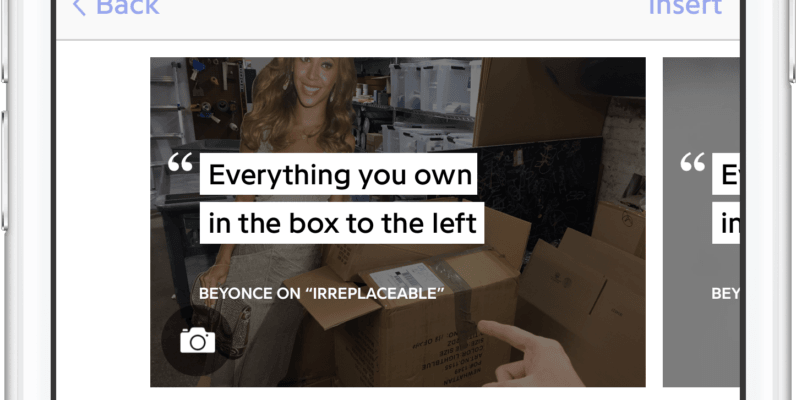 Quite often, the best way to express yourself isn’t through your own words, but ones lifted directly from a song. If you want to express your affection for someone, you can always lean on the words of Burt Bacharach. If the opposite is true then, don’t worry, Kelis has you covered.

Doing this over text is about to get way easier, thanks to lyrics site Genius.

Its app now lets you send short stanzas from songs through the latest version of iMessage, which is due to be released with iOS later today, along with a new iMessage-specific app store. Here’s how it works.

If there’s a song lyric you’re particularly prone to use, Genius lets you pick it from a list of frequently used ones, as demonstrated below.

This is just one of the many iMessage apps that are being released today. Other companies climbing aboard the bandwagon include Square Cash and CityMapper.

For a more detailed look on how to use Genius’s lyrics cards, click here. It’s also worth noting that although these are tightly integrated into iMessage, you’ll be able to use them on other social networking sites, send them via email, and save them for later.

Read next: File-hosting service Videomega pisses off hundreds of uploaders as it vanishes without a trace