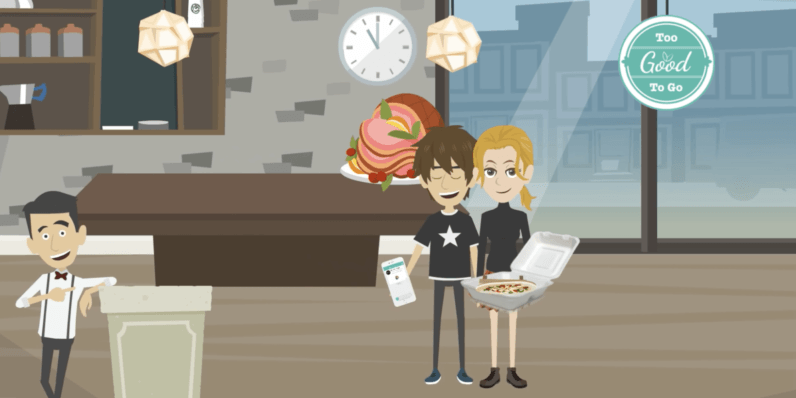 Restaurants waste a massive amount of food. In the US alone, analysts estimate restaurants waste up to 40 percent of the food they purchase. UK has a similar problem, wasting about 600,000 tons of food a year, according to ‘Too Good To Go” (TGTG) co-founder James Crummie.

Food waste just seems like one of the dumbest problems we have in this world. The restaurant industry is wasting about 600,000 tonnes of food each year, and in the UK alone there are one million people on emergency food parcels from food banks. Why do we have these two massive social issues that are completely connected, yet there is not much going on to address them?

His creation, TGTG, aims to change that. The app — currently only available in a handful of European countries — aims to provide a way to sell this food back to the public, on the cheap. Instead of tossing out unused soups, salads, meats and vegetables at the end of the night, TGTG can box it up for you to enjoy for fractions of what it would have cost hours earlier. Price are pennies on the dollar — or in this case pence on the pound — and you can find amazing meals for as little as £2 and a maximum of £3.80 (for the second best sushi restaurant in the country!).

Users also have the option to buy food and give it away to people in need. For this, users simply need to donate one British pound or more through the app to contribute to the more than 1,100 meals donated so far.

To use the app, users simply log in, pick a restaurant and pay through the app. From there, they can pick up food at designated times — usually slow periods between lunch and dinner or after close — and take it home to enjoy in an environmentally-friendly carton of their choosing.

Originally founded in Denmark, Too Good To Go was launched earlier this year in the UK and is quickly expanding to other countries (six total now). Food waste being the problem it is in the US, we can only hope the app makes its way here next.

Read next: Pot, meet kettle: Adblock Plus calls out Facebook for being 'anti-user'