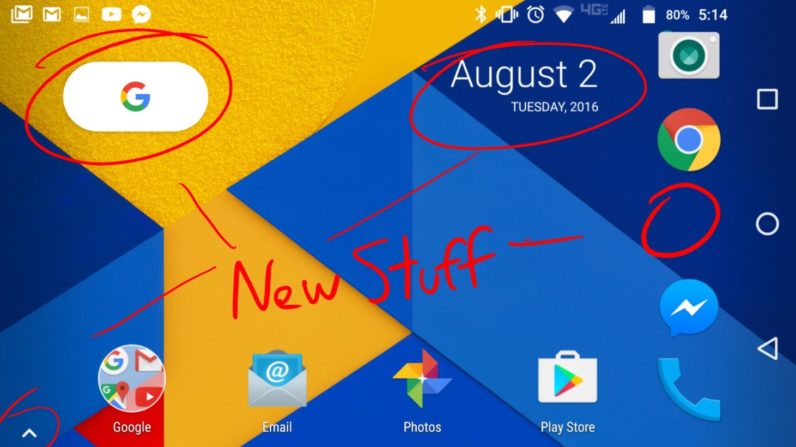 Just a day after a new launcher for the 2016 Nexus phones leaked (via Android Police), an APK for the launcher has been illegitimately released into the wild.

9to5Google spotted the file on Google+, and while that link is no longer available, this is the internet we’re talking about – you can download it over at this Dropbox link.

We’ve been playing for it for a little while, and it’s pretty much as previously described: the launcher icon is gone, and you can swipe up from the bottom to access your apps instead.

It’s as smooth as the regular launcher, but clearly not ready for the primetime yet. Google Now doesn’t work with the usual swipe right, and changing wallpapers will cause the app to crash. But hey, widgets work fine.

Update: If you want Google Now and wallpaper changing to work to work, you’ll have to flash the APK as a system app. Thankfully, the folks over at XDA have got you covered.

Android Police, meanwhile, is reporting that the app is actually not going to replace the Google Now Launcher, and instead will provide a more powerful experience tailored specifically to Nexus features, such as revamped virtual buttons.

We’ve contacted Google for more information and will update this post if we hear back.