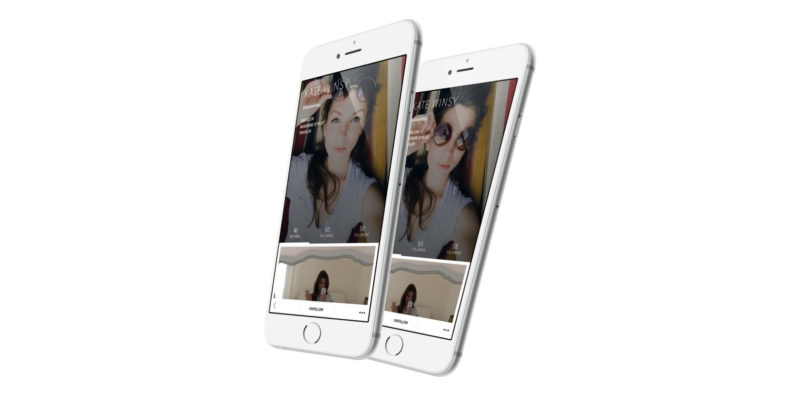 Another day, another imaging app launches. Polaroid Swing, which is available now for iOS, lets you shoot 60 burst photos and turns them into animated images; viewers can control the 1-second-long playback with the motion of their phone.

You’ll actually need to swing your phone (or swipe on the image) to see the animation; if you’re viewing an embedded Swing image on a computer, you can swipe on your touchscreen to see it move. Here, try it out on the two examples below:

It’s certainly not the first app of its kind: Last October, Instagram launched Boomerang, which creates 1-second animations from a burst of photos. A week after that, VSCO released DSCO, which turns 2.5-second video clips into GIFs.

There was also a little-known app called Yoyo last February, which allowed you to create GIFs that could be controlled by moving your mouse back and forth across the image. However, its development seems to have stagnated since. It’s worth noting that unlike Swing’s Polaroids, you don’t need a touchscreen or accelerometer-equipped device to play Yoyos.

Co-founders Frederick Blackford and Tommy Stadlen were inspired by Polaroid, the brand that they believed made photography cool. They licensed the name for their app, in which “the idea is to capture the arc of a moment,” according to Stadlen. Fast Company noted that the Minneapolis-based firm that owns the iconic brand also invested in Swing – the first time it’s ever done so with a licensee.

Given that this idea has been tried before in various ways, it’ll be interesting to see if people find Swing interesting enough to keep the app on their phones for more than a couple of weeks. The company is betting big on the Polaroid brand to attract the attention of people who fell in love with its unique approach to capturing and preserving memories.

Polaroid moving photos represent a unique new medium. We use high frame rate photography and an advanced frame blending algorithm to create inky smooth quality. It’s a long way from choppy GIFs, or products that stitch together a few frames.

The medium enables people to capture memories more faithfully than stills or videos. It recreates the cinema of life as you reach into the picture. It also has the rawness, tactility and magic of physical Polaroid pictures hardwired in its DNA. Polaroid is one the world’s most iconic brands.

In its heyday, the world created and saw culture through Polaroid. We have reconnected with creative communities to showcase the best of the new medium and get Polaroid moving photos out into culture.

Polaroid Swing is currently available for iPhone in the US and UK; there are plans for an Android version, but a release date hasn’t yet been set.