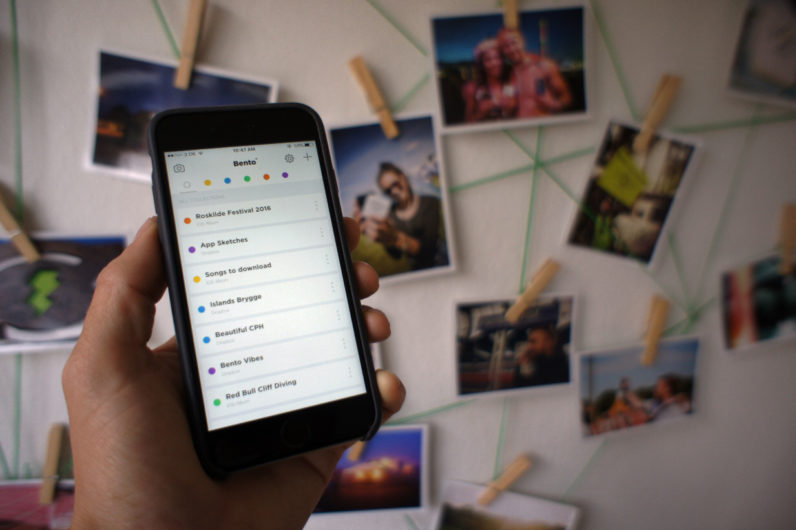 BetaList features the newest startups. Today, we take a closer look at Bento Cam, a camera app for iOS that helps you stay organized. Submit your startup to get featured too.

Why create a new camera app?

Smartphones are changing how and why we take photos in a big way, but Apple doesn’t understand this new way of taking photos. This is where Bento Cam comes in.

We’re a camera app that approaches photos in the same way Mailbox did emails and Sunrise did calendars, by acting as a layer on top of the services people already use. With Bento Cam users capture and instantly organize their photos into existing workflows (like Dropbox and Google Drive), eliminating the need to organize photos later and spend time searching for photos when they need them.

How did Bento Cam get started?

When two of the Bento Cam founders (Rasmus and Angie) attended SXSW Interactive 2015 (then working as consultants), we each took over 600 photos in just 5 days at the conference of everything from “serious” panels sessions to “fun” photos of parties, food trucks, etc.

The frustration we felt having to find and use these photos during and after the conference (for a range of different purposes) sparked the initial idea for an app that could better manage photos taken for work and life, in the moment. Oh, and one of us had our phone stolen shortly after, so needless to say, the photos never saw the light of day.

What does the future hold?

Smartphone cameras are only going to get a lot better, and people are only taking more photos than ever (with over 1,000 billion photos taken in 2015 alone). We want to be at the centre of this development and, humbly, become the default camera of smartphone users. The future plans for Bento Cam is to help users become better at organizing, collaborating and sharing photos, as photo taking behaviour evolves.

What does the name Bento Cam mean?

Many may be familiar with a bento box, which is a neatly organized Japanese lunch box separating each part of the meal in compartments. As a cross-cultural founding team united by a love for food, “Bento” quickly became a favourite name contender in the team, as it was not only a suitable metaphor for how the app works, but because there was already an emoji to match!