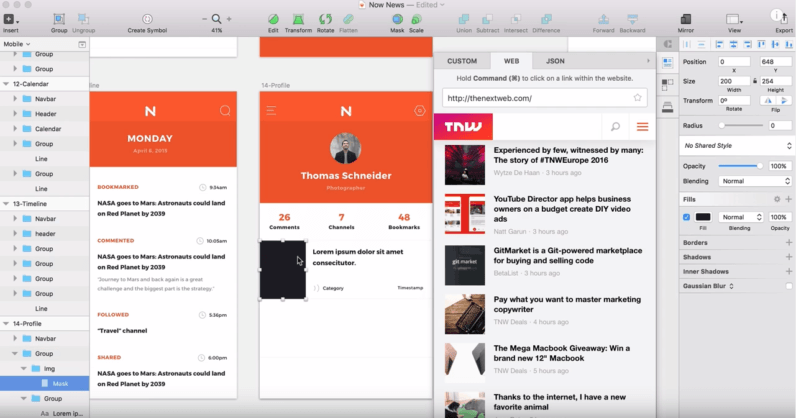 InVision is making a few changes to its Craft suite of plugins for Sketch that could have designers working more like developers.

Specifically, a new ‘Data’ plugin for Craft will let designers access JSON info from public APIs including text and photos. It also gathers a few existing plugins — text and photos — to help speed up your workflow (and de-clutter your Sketch environment).

Once you pull JSON info into your artboard, you can start assigning it values. It takes a bit of code-reading know-how — which means there may be a learning curve — but once you’re up to speed it’s probably worth it.

It’s specifically helpful for designing apps that pull info in real-time, and could help designers and developers get on the same page a bit (since everyone is making JSON calls, now). If you can design an app using JSON data, at least your developers know it’ll look right (and you won’t have to literally go back to the drawing board!).

Data is rolling out today, so look for it via an update to your Craft suite.

Read next: Huawei is reportedly building its own mobile OS, but will anyone want it?