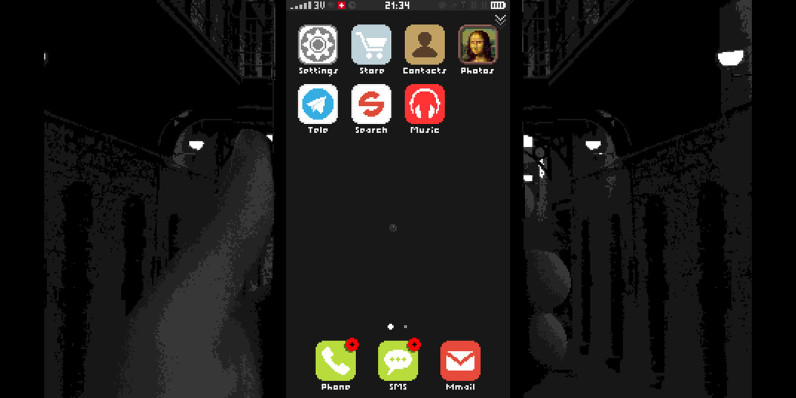 Apple was in the news for several weeks earlier this year when it was called upon by the US Department of Justice to help unlock an iPhone that belonged to the shooter involved in the San Bernardino attacks.

Most of the coverage explored the ramifications of both the government’s request and Apple’s decision to refuse to assist in the case. But not much was said about what it might be like to actually go through the contents of the device, knowing where it came from and who owned it.

Replica, a new game for PC and Mac by an independent developer from South Korea who goes by the name Somi, explores this human experience in a fascinating way.

The title sees you trapped in a prison cell after being locked up by Homeland Security, following a terrorist attack in your city. All you can do is interact with your cellmate’s phone. Your only way out is to dig through the terrorist’s handset and look for clues pointing to the next attack and hand them over to the authorities.

I’ve only just started playing it, but it’s already clear to me that Replica is about more than just solving a mystery. As you sift through the device’s contents in your quest to complete tasks, you start to see what it must be like to look into someone else’s secrets.

Replica’s retro graphics and minimal game mechanics belie its depth. It’s a fascinating take on a rarely discussed aspect of surveillance that certainly worth your time and its $2.99 asking price.

Read next: How to stop letting subscription apps with shitty cancellation policies scam you