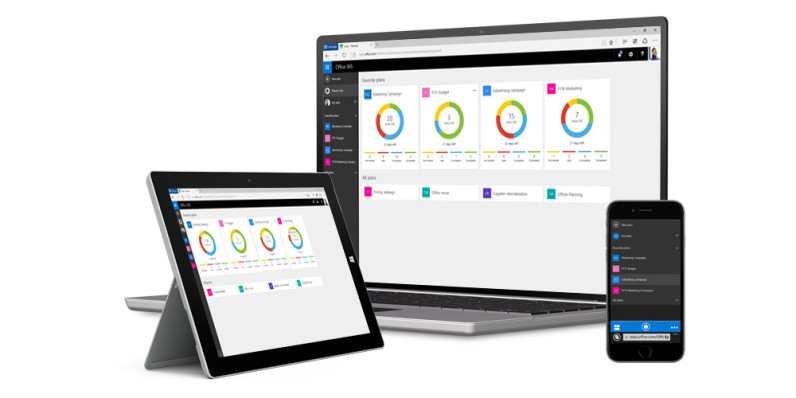 After launching a preview for select customers last September, Microsoft is now rolling out free access to Planner, its project management app, to all users of its Office 365 productivity suite.

The tool lets you plan projects for your team, whether it’s for your business, school or non-profit organization. Once you’ve added collaborators, you can assign them tasks with due dates, share files and get a visual overview of everyone’s progress.

The board-based interface is similar to apps like Trello and Asana, but the obvious advantage here is that it will instantly become available to the numerous companies and teams that have already adopted Microsoft’s popular Office 365 suite.

However, it’s still early days for Planner – unlike its rivals, it doesn’t have native mobile apps and you’ll instead have to log in to the service through your browser, and rely on email notifications to know when you’ve been assigned a new task.

Microsoft says it’s working on apps for Android, iOS and Windows, as well as features like reusable plan templates, an option to grant external users access to your boards and the ability to assign a task to multiple users.

Read next: Reddit may have hit upon a way to earn money without their users ever knowing - and that's a good thing