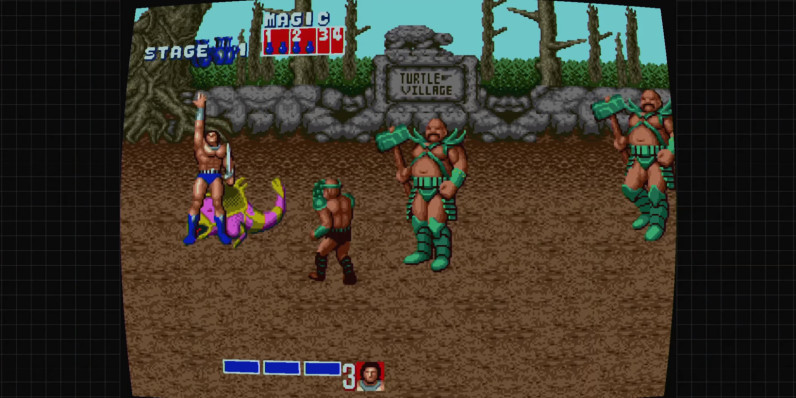 Nostalgic gamers have had access to a number of Sega’s classic 16-bit games from the late 80s and 90s on PC through Steam for some time now. Next week, the company is set to blow some minds with a special treat for fans of the Genesis (aka the Mega Drive).

April 28 will see the launch of the new Sega Mega Drive Classics Hub, a 3D environment to enjoy your emulated Genesis games. You’ll be able to explore a bedroom furnished like that of a hardcore Sega fan, complete with a virtual CRT TV, a shelf lined with cartridge boxes, and a day/night cycle to remind you just how much of a recluse you can be when surrounded with your favorite games.

Best of all, the Hub will bring support for modified versions of these retro titles created by fans and distributed through Steam Workshop.

Sega has a long list of games that will be accessible through the hub at launch, including the ‘Golden Axe’ series, ‘Comix Zone’, ‘Ecco the Dolphin’ and ‘Streets of Rage’.

You’ll notice that some titles like ‘Sonic the Hedgehog’ aren’t mentioned in the release, but the company has promised to bring mod support for “every single Mega Drive game,” so it might just be a matter of time before they are added to the list.

It’s great to see the legendary game company back its community of players and their desire to tweak their favorite titles. However, we’ll have to wait to see just just how much modification will be allowed.

In addition, the Hub will feature local co-op for games that support it, optional graphic enhancement filters and the ability to save your game at any point.

It will become available on April 28 as a free update to Steam users who own any Genesis game from the store.

Read next: Spies have been using intelligence databases to 'Google' themselves