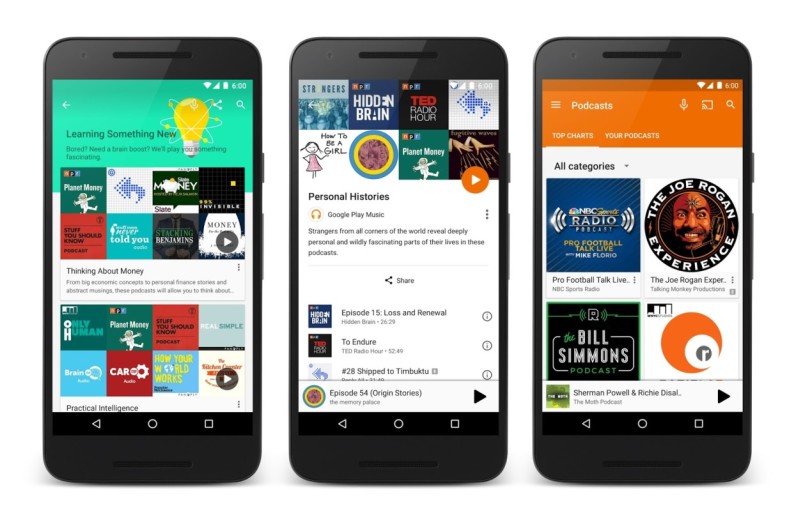 Google is rolling the feature out today, which we first reported on about five months ago. By February, some users were starting to see podcasts pop up as an option in Play Music, but the feature wasn’t live for all yet.

Well, it is now — at least on the Web and Android in the US and Canada. It seems iOS users will have to wait a bit, and the Android update is rolling out incrementally (it’s live on the Web).

Google has arranged Play Music’s into topical sections like ‘Stuff You Should Know’ and ‘How To Do Everything,’ and added a ‘top charts’ selection. Playback looks and acts just as any Play Music track.

While it may not make you ditch your favorite podcasting app, being tightly wound into Play Music — along with the pretty neat topical segmentation — could help new listeners find great podcasts.