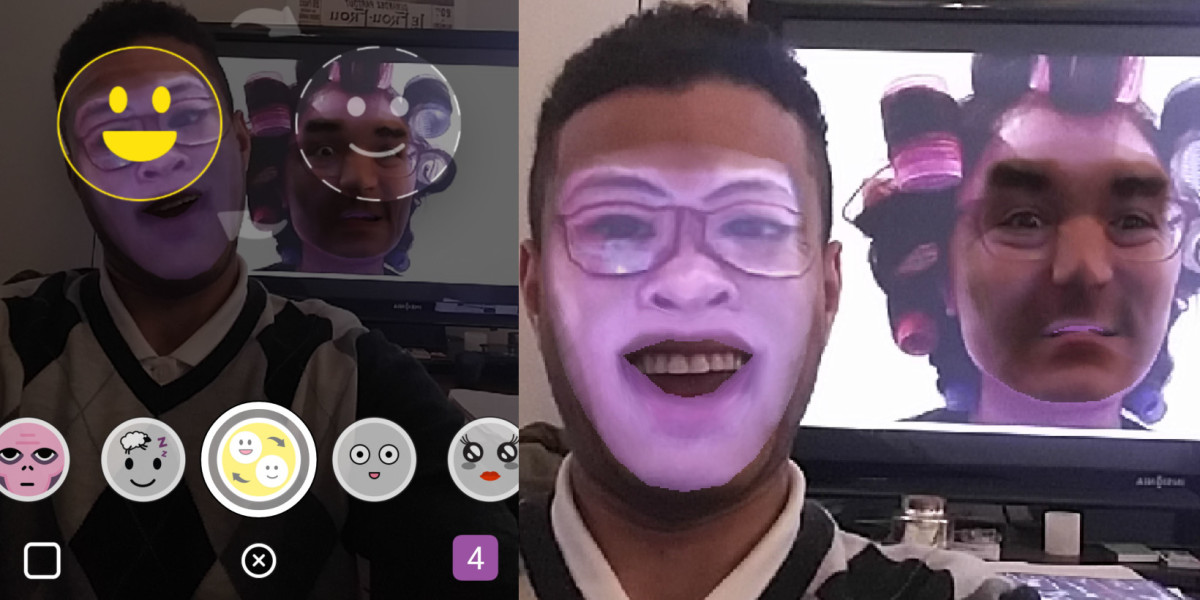 When Snapchat first debuted Lenses in September, funny as they were, one couldn’t help but be feel at least a little creeped out by the new swarm of rainbow-puking selfies.

That’s creepy enough on its own, but at least the novelty wore off a bit after a while. That’s why nothing compares to the utter nightmare fuel of today’s new Lens.

Unfortunately, I didn’t have anyone to test it with around me, so – dedicated reporter that I am – I Chromecasted my boss’ mug to my TV, and used it to create the terrifying creature above.

Of course, face swaps have terrified the internet for ages now, but Snapchat goes further: as with other Lenses, the effects react to your movements, meaning you can make the above… thing (and any other creepy faceswap) look like it’s actually alive. *shudders*

The new lens should be accessible t o everyone through the standard Lens menu (long-press on your face while taking a selfie).  So yeah, expect your social media feeds to become a much scarier in the coming days.

Read next: Sony's new VR control patent looks like something out of 'Tron'