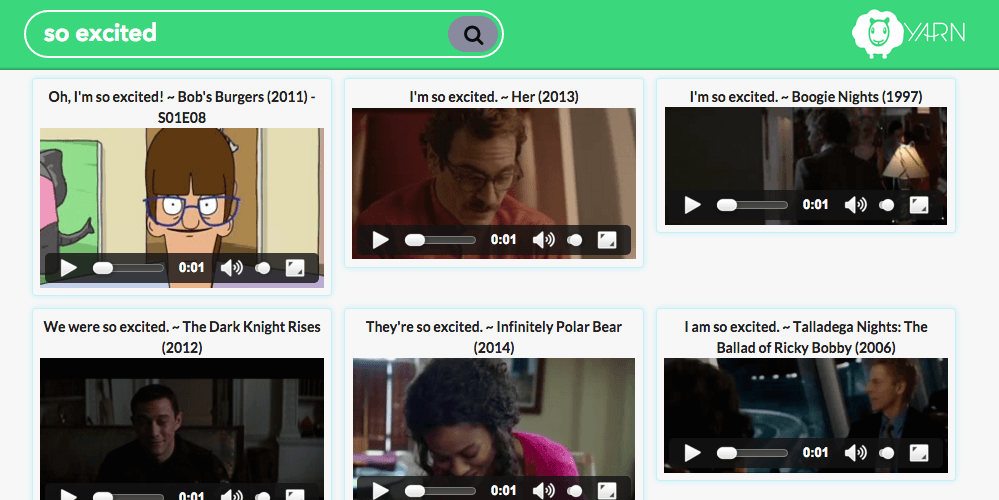 Gifs dominate our social landscape because they allow us to say something that’s already been said hundreds — or thousands — of times already, without having to do it ourselves.

Yarn takes this idea to the next level by attempting to strip the mundane from common email exchanges through the power of video.

To use Yarn, just download the appropriate app (Android, iOS, Slack, Mixmax) or extension (Chrome) and add video responses by typing /yarn “keyword” to find the appropriate video. The videos cover nearly any response, so you shouldn’t have any issue finding just what you’re looking for.

The clips are short (only a few seconds) and meant to be digested nearly as quickly as reading the same tired canned responses. They’re also irrelevant, size-wise. The two test emails I sent were both less than 500kb.

➤ Get Yarn [Yarn via Product Hunt]