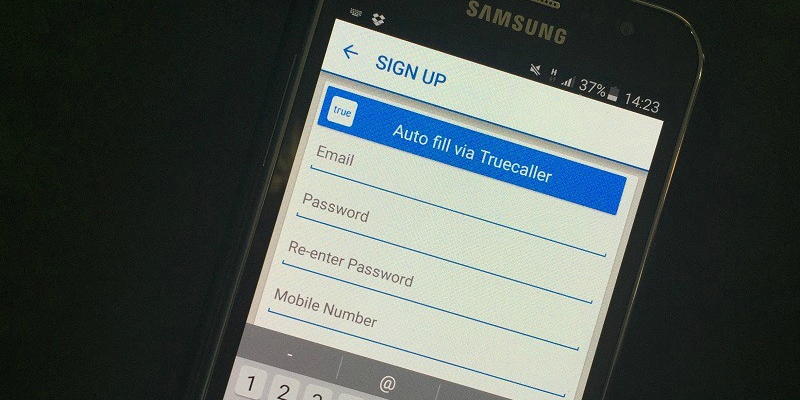 Truecaller – the world’s largest crowdsourced phonebook – is launching a software development kit (SDK) that will enable users to sign up for third-party apps by using their Truecaller profile.

After reaching 100 million users back in 2014, Truecaller has now decided to open its immense database of phone numbers to integration by third parties.

TrueSDK, as announced by Truecaller, aims to simplify user sign-ups and improve engagement flows by bridging the gap between online and offline verification. With the user’s consent, the kit will enable developers to fill in and update user information or – alternatively – verify caller ID in third-party apps.

“Our aim is to empower third party-apps with a credible verification option and enable users to use the app of their choice by making their phone numbers their identity,” says co-founder Nami Zarringhalam.

Vice President Kari Krishnamurthy further adds that TrueSDK will be “free for developers and existing users” and ensures that the kit requires only minimal changes on a developer’s backend, making it easy to start using.

For now, Truecaller has partnered with and given early access to 12 popular Indian apps including classified advertising company Quikr and bus-booking platform RedBus.

TrueSDK is expected to roll-out for public use within the next few weeks and will initially be available for Android only. However, Truecaller has plans to bring the SDK to other operating systems too.

Read next: Use Apple's App Store and Google Play like they would have looked in the 1980s