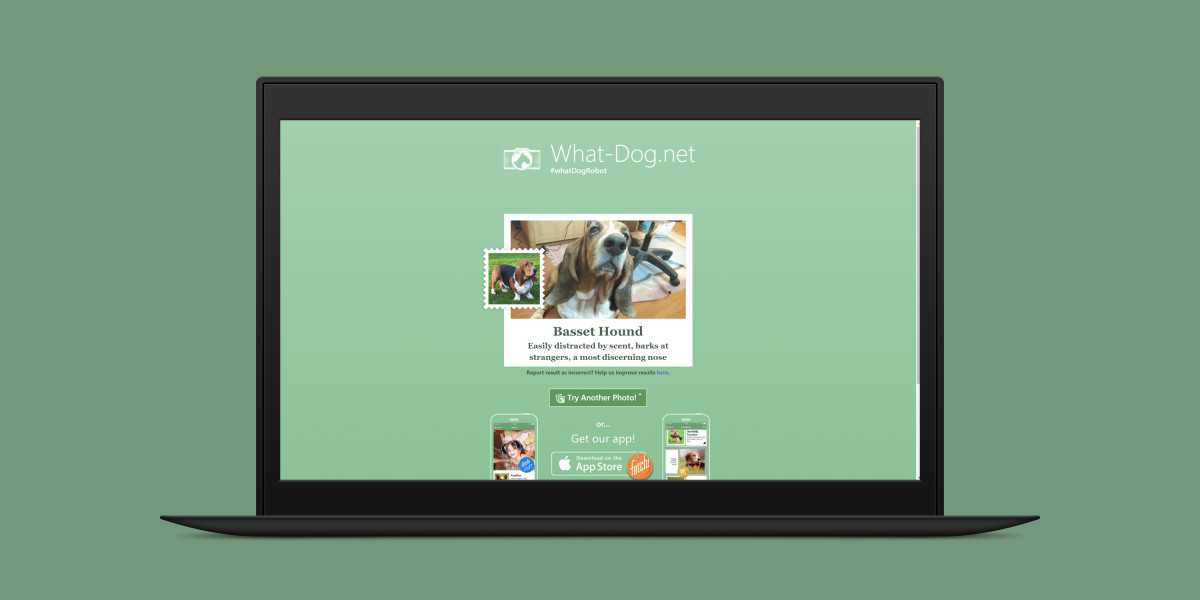 Over the past few months, Microsoft has released a slew of apps that use its Project Oxford AI tech to guess from photos how old you are, what emotions you’re experiencing and how long your moustache is.

Today, the company has launched Fetch!, a Web and iOS app that can identify dog breeds from pictures. And it’s pretty darn accurate.

I chucked the desktop version of Fetch! a close-up of my Bassett Hound’s face and it correctly guessed her breed. It also got a few others right, including a bull terrier and a Cavalier King Charles Spaniel.

The app isn’t perfect: it was wrong a few times, but only by a little. It guessed very similar breeds when I uploaded images of a Bullmastiff and a Rajapalyam, which is a racing dog native to India.

Microsoft says its iOS app offers even more features, like a percentage meter showing how close your uploaded picture matches the breed in its database, along with info on several breeds.

Oh, and it can also look at photos of humans and tell you what breed they resemble.

Fetch! is a product of Microsoft Garage, the company’s program to bring employees’ experimental projects to life. It has previously released an alarm clock app that makes waking up fun, a tool for taking and editing selfies and another for planning meetups with friends.

Read next: Kanye West's video game is about his mom ascending to heaven