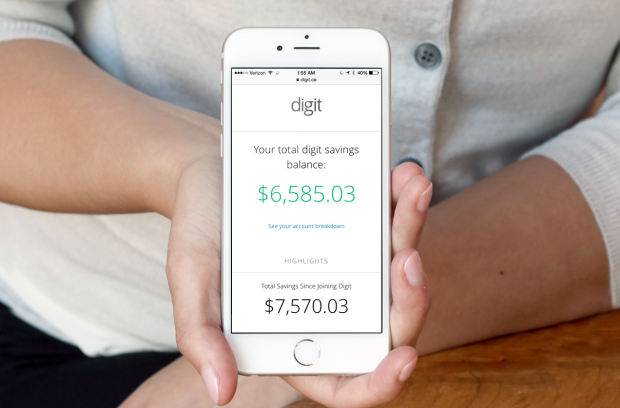 Most people either love or loathe tax season. Unsurprising, as it is either the time of year where you have to pay a pretty penny to the government, or perhaps be on the correct side of a really nice windfall. If you happen to have the fortune of being in the latter group, money-saving app Digit has a new feature that might make sure that money goes further.

Announced today, Digit will actively watch your account for the clearance that indicates a deposit has been made from the government. With that knowledge, the app will ask whether you want to sock away a percentage of that money into your Digit savings, fully automated and within a single text.

“Tax time is a unique saving opportunity,” Ethan Bloch, founder and CEO of Digit, told TNW. “We’re mapping out how to cater Digit’s services to it and other experiences in the real world.”

The feature was developed in conjunction with Duke University’s Common Cents Lab, a program developed to promote financial knowledge and improve saving and spending habits.

“Going forward, we’re thinking about how users save for the goals they may have,” he explained. “Once you have money in Digit, you should be able to apply it to those goals, whether it’s saving, spending, or paying down debt.”