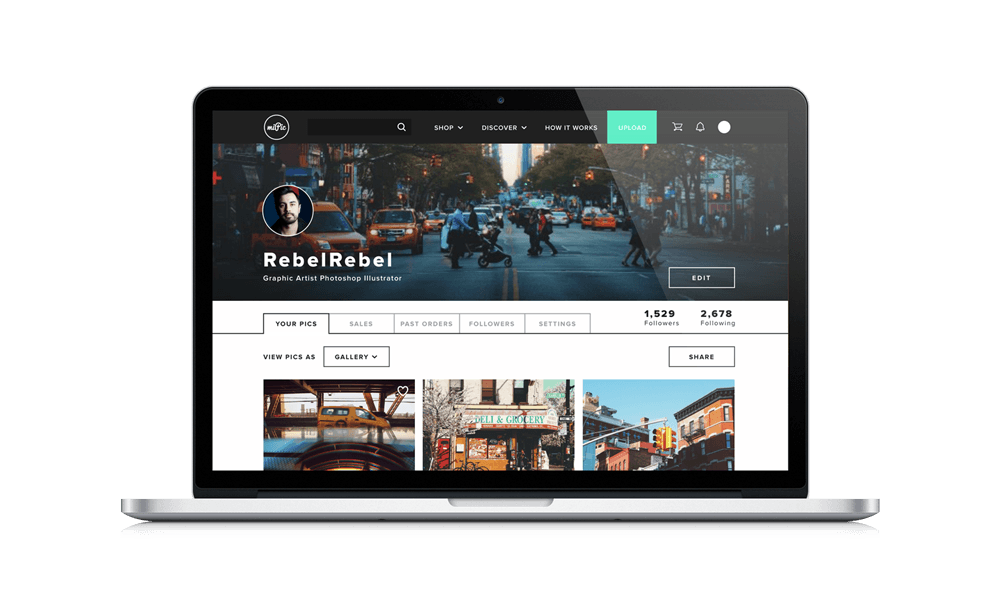 UK-based startup miPic is a new social network that allows designers, photographers and artists to monetize the images they upload to the Web by turning them in to products.

The app, available on iOS – there’s also a Web-only version – splits users into ‘sellers’ or ‘creators’. The former allows users to upload images, be they photographs, patterns or anything else – as long they own the copyright to them.

Creators meanwhile can browse uploaded images and then print them on to t-shirts, leggings, framed art, tote bags, wallpapers or even flip-flops if they so wish. For some images there are as many as 13 different mediums images can be printed on.

The app has a customize feature that allows users to move or scale the image according to their preference. The creators of the images then receive a 20 percent commission on all products sold.

There’s also a nice sharing feature that allows creators to share their images on other social networks they have larger followings on. The logic behind the app’s creation was to help creatives see tangible benefits to creating and sharing their work online.

“People spend years creating brands for themselves on social networks, but the direct benefit to them is intangible and difficult to prove” explains Carl Thomas, the app’s founder and CEO. “We wanted to create an outlet that rewards creativity right away.”

The app’s back-end is plugged into a number of manufacturers based in the UK who can handle large-scale orders – shipping times are currently 3-5 days.

However, the startup ships worldwide and is currently looking for suppliers in Asia and US to keep shipping times – and costs – down for international users.

The company has also been awarded a pop-up store in London’s Old Street from next month.

Disclaimer: miPic is based in the same co-working space as TNW’s London team.

Read next: You can build your own life-size Star Wars BB-8 for less than $100