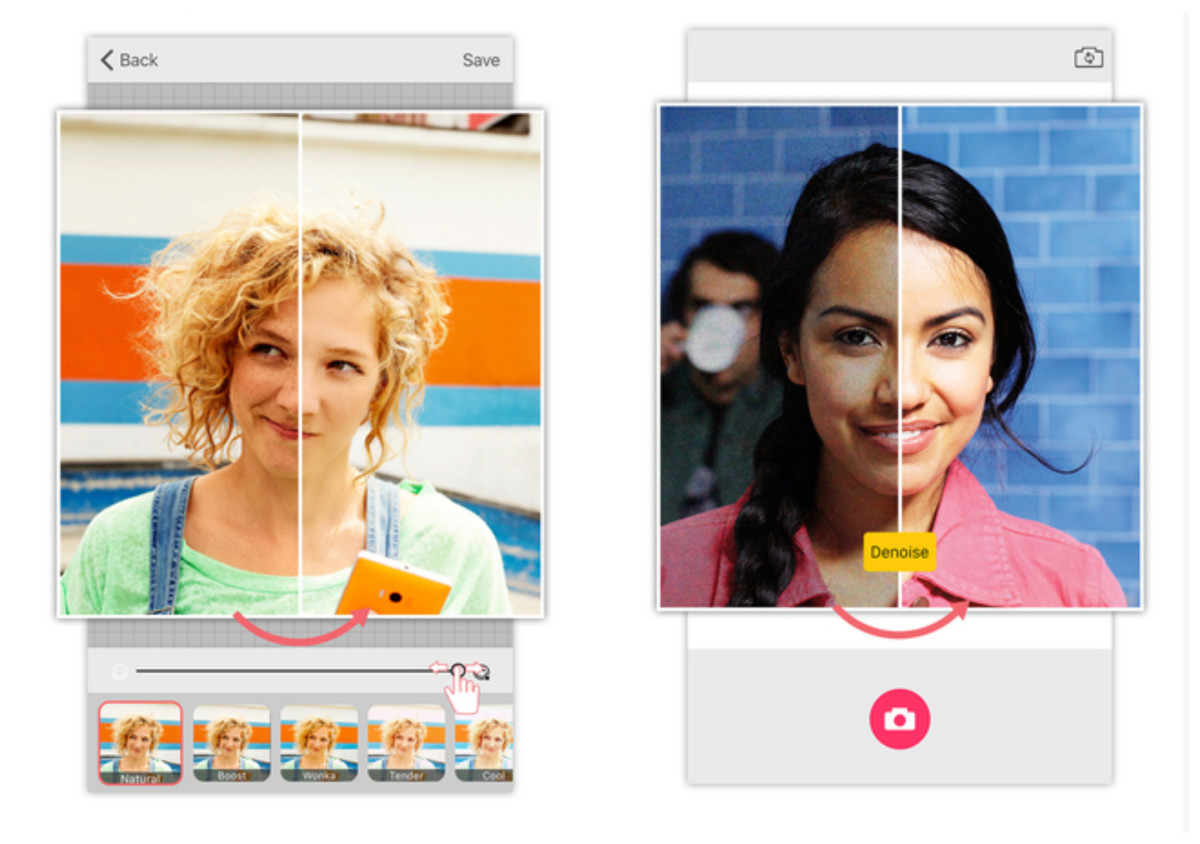 Having a built-in share function is usually expected with the first version of any app these days but Microsoft chose to leave it out when the app was initially released last month.

This might be because it came out of the company’s experimental Garage division, but with just under half a million downloads in two weeks, the company is obliging its users by enabling a share function.

The app itself uses ‘intelligent processing’ to edit photos. You can take a photo using the in-app snapper or import one from your camera roll, and then the software analyzes things like the assumed age, gender, skin tone and lighting of the subject.

Microsoft wants to go beyond adding filters to images and details the science behind editing a self-portrait in a recent blog post.

It’s using a technique called Digital Face Clean to remove “undesired features like wrinkles and baggy eyelids, while preserving desired characteristics like hair, moustaches, tattoos and accessories.” And all images in the app will now be “de-noised” as well, which is what gives the pictures a smooth look.

The effects can all be adjusted using a slider, though, so you don’t have to look completely unnatural.

Peggy Dai, the program manager for the team overseeing the app’s development said the app is designed to create professional looking photos, and will be updated with additional features in the future.

Microsoft hasn’t yet revealed when it will be releasing the app on other platforms.

Read next: 22 tech stories you missed this weekend