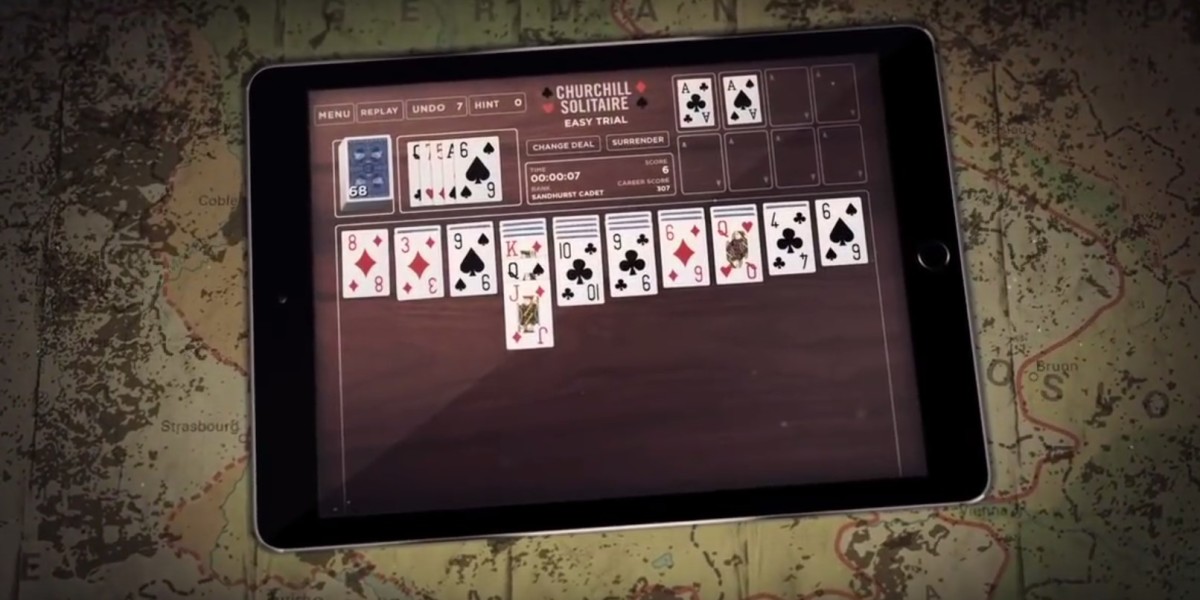 At 83, former US Secretary of Defense Donald Rumsfeld has seen a lot — from serving as a member of Congress to taking major military decisions under presidents Gerald Ford and George W Bush. His latest challenge: developing a mobile card game.

Crafted by a team of developers with Rumsfeld’s guidance, Churchill Solitaire is a version of the popular single-player card game that features two decks of cards and rules believed to have been formulated by the former UK Prime Minister.

Instead of delving into the code himself, Rumsfeld sent several voice memos to the developers with his instructions, ideas and feedback.

Rumsfeld said that he was first given the rules of the game by Andre de Staercke, a diplomat who became a protégé of Churchill’s after he escaped his home in Belgium during World War II. Churchill is said to have devised and played this version to battle insomnia.

When I learned the game from my colleague at NATO, Andre de Staercke, I found it to be one of the most entertaining and strategic card games I’d ever played.

I suppose there are not many people at my advanced age involved in mobile apps. But I’ve found Churchill Solitaire keeps a mind sharp. And besides I’ve enjoyed beating the young folks who have tried to keep up with my score.

The World War II-themed title includes audio and video clips featuring Churchill and lets you climb the ranks on a global leaderboard, starting at Sandhurst Cadet and rising up to Prime Minister.

Rumsfeld is donating his share of profits to charitable causes that support U.S. veterans and the families of the fallen.

The game is available for free on iOS with a few trial levels; an Android version is in the works and will be out soon.

Read next: Soundnode is the SoundCloud desktop app you've been waiting for