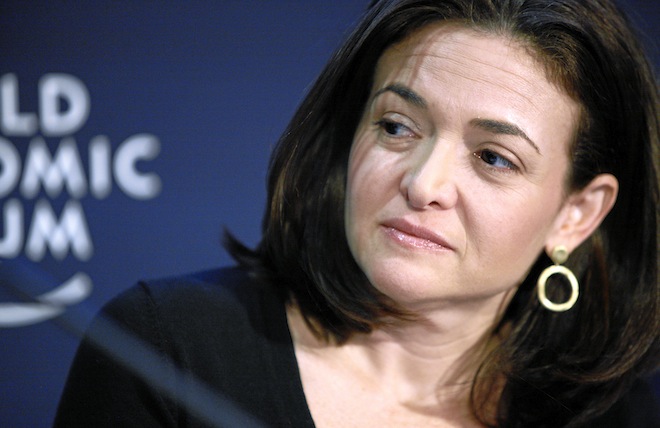 Having announced plans earlier this week to invest $1.09 million in a government-backed initiative with the “objective of combating extremism and hate speech on the Internet,” Facebook’s COO Sheryl Sandberg has now elaborated on what that might look like.

Using the example of an anti-fascist campaign in Germany, where the new Online Civil Courage Initiative will be based, Sandberg explained to an audience at the World Economic Forum at Davos that simple ‘Likes’ could be used in the fight against extremism.

The “like attack” used by campaigners included both ‘Liking’ the page of a neo-Nazi group, then flooding the page with positive messages.

“What was a page filled with hatred and intolerance was then tolerance and messages of hope,” she said.

This “counter speech” idea first outlined earlier this week could be used to fight ISIS, Sandberg explained, with the company likely working on a new reporting feature that enables people to flag friends if they think they are at risk of radicalization.

It’s not clear how any algorithm or human working for Facebook would decide what ideas are deemed “hate speech.”

Read next: 7 Web tools that check for empathy, inclusivity and more