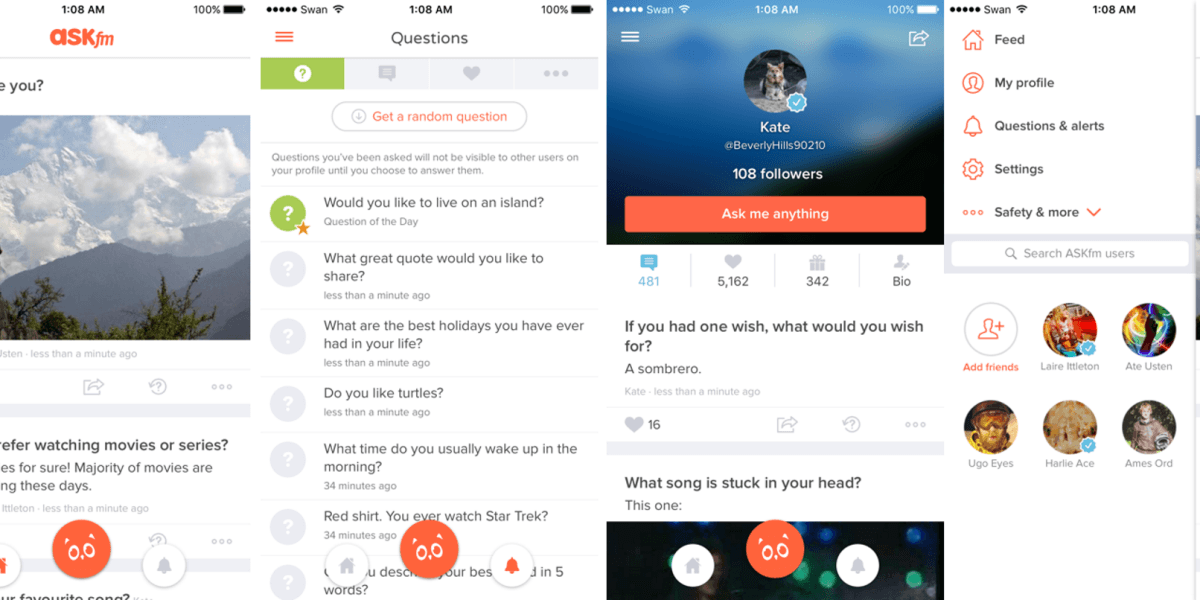 ASKfm, a long-standing Q&A platform aimed at teens and millenials has overhauled its iOS and Android apps to bring a new look and features to the platform.

Among the new features is a simpler invite and notification system that allows users to invite people via SMS, as well as allowing for @mentions and viewing people who ‘liked’ your answers in a list.

The company is also hoping a new color scheme and mascot called OwlCat can tempt its youthful core audience to use the platform.

Perhaps more importantly (for the kids, of course), there’s a new Giphy integration for GIFs on-demand and the ability to add a photo your profile banner.

While once lambasted as an ideal environment for bullying and predators looking to interact with teens (ultimately resulting in two users taking their own lives following bullying), the company has made a number of conscious efforts since it was purchased by ASK.com in 2014 to shed this image. These include parting ways with the original founders, moving the company to Ireland from Latvia, and working with organizations like Child Net and the New York Attorney’s office.

For this update, ASKfm says a new toggle switch lets users stay in control of whether they accept anonymous questions or not. The company is also quick to point out that the majority of interactions (over 75 percent) on the platform are between people who know each other in real life and that there are now multi-language comment moderation tools.

A spokesperson for the company told TNW that “we continue to build out the product and offer features that encourage positive use, the more negative use on the site will decrease. We are taking down 40 percent more content than we were a year ago, as well [as] working hard to educate our community on our blocking and flagging features.”

Read next: UK scoops up millions of phone and email records but claims that's not mass surveillance