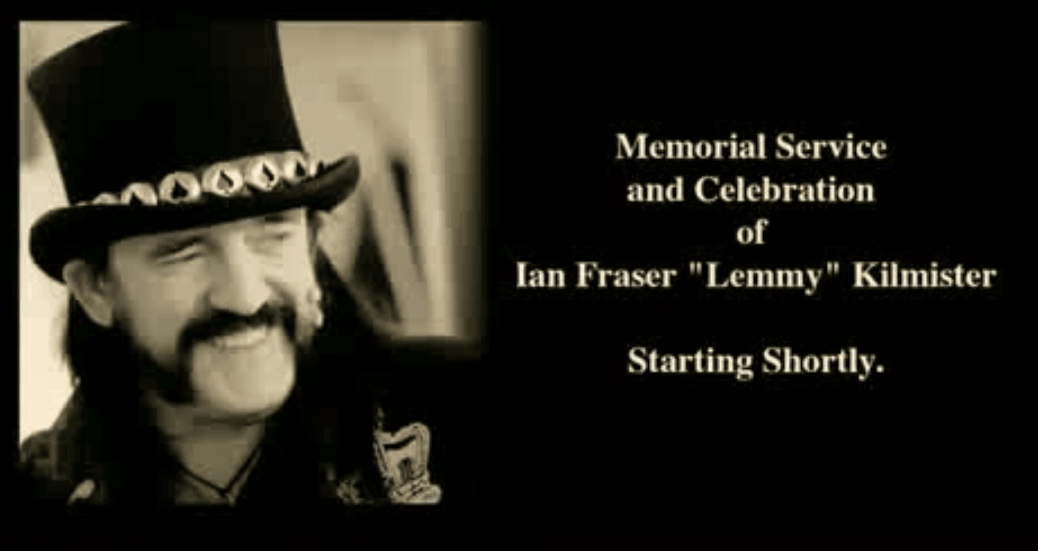 The funeral of Motörhead frontman Lemmy Kilmister was watched by some 280,000 people live on YouTube this weekend.

In a bid to discourage thousands of fans from turning out at the church in LA, the band used its Facebook page to give details of the livestream on Saturday.

An official video has not yet been posted for those who weren’t able to make it on the day.

Although livestreaming funerals isn’t new, with dedicated companies like One Room offering private Web and app services so families can involve loved ones wherever they are, and access footage later on, it’s clearly growing on streaming sites.

A 13-year-old YouTube star, Caleb Logan LeBlanc, saw almost 50,000 fans head online to watch a livestream of his funeral on Periscope and Facebook back in October.

Perhaps the most famous, and well-attended post-humous livestream of all time – with more than 9 million views – was CNN’s livestream of Michael Jackson’s funeral.

But, the fact that Motörhead went straight to YouTube demonstrates a shift away from choosing traditional outlets to air this kind of event.

An unofficial video of the Motörhead star’s funeral service, which featured the likes of the Foo Fighters’ Dave Grohl and Guns N’ Roses guitarist Slash, has now been watched a further 130,000 times by music fans.

Lemmy’s death was confirmed on Twitter on 29 December by metal music journalist Eddie Trunk, a post that was shared by more than 8,000 people.

Sorry to report that I have confirmed Lemmy @myMotorhead has passed away just now at the age of 70. RIP to a true original icon of rock.

The family of David Bowie may well opt for the same strategy in order to dissuade fans from turning out in droves to his funeral ceremony.

➤ Lemmy funeral: He was so kind to everyone [BBC]

Read next: Moovit adds bike hire in over 200 cities to its public transit app for iOS and Android