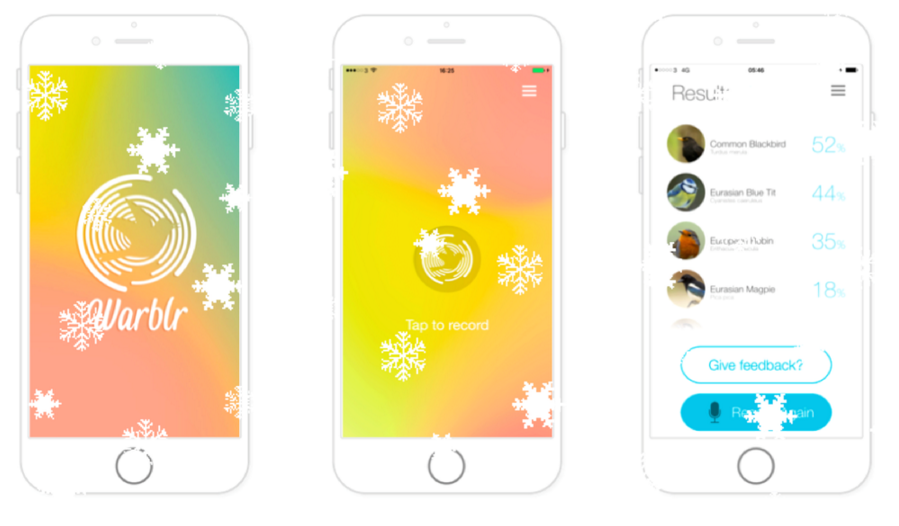 Birds see the world from on high. It’s a pretty magical angle, and yet we barely notice they exist, let alone know how to tell most of them apart.

Warblr launched on iOS in August this year as a citizen science project created by Dr. Dan Stowell at Queen Mary University of London and his cofounder Florence Wilkinson.

I know, it’s not Kim Kardashian’s butt emoji or the latest email killer app, it has one ultimate job and that’s conservation of our feathered friends.

In the short-term, Warblr offers a really nice UX with just one button, tapping it enables you to record the sound of a bird nearby in order to identify them from a list of possible candidates.

Every time someone records a bird sound, the company makes a note of its geospatial data, where and when the bird was identified, in order to understand the health of our nation’s bird species.

The app uses a specialist algorithm created by the team to decode birdsong and can already identify 240 species.

For me, it’s super easy to use, it looks pretty cool and you’ll hardly even notice you’re saving the world.