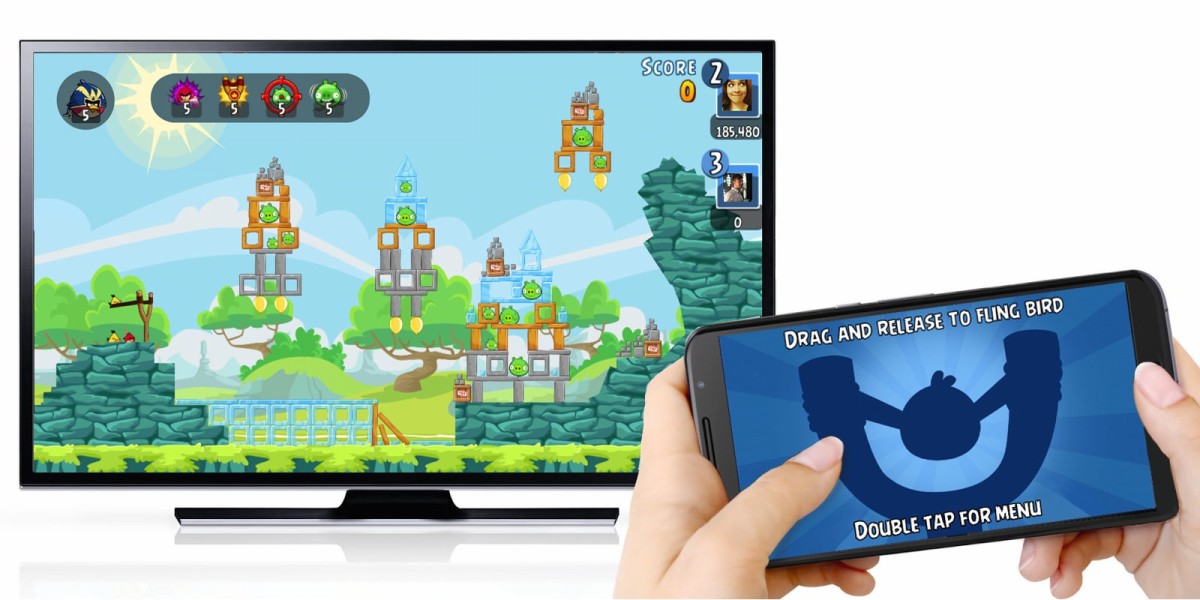 Google’s Chromecast is an excellent device for adding streaming capabilities to your TV — and it also lets you enjoy games on your big screen. Just in time for the holiday season, six new titles from major franchises have become available for Android and iOS devices.

Take on players from the around the world in Angry Birds Friends (Android/iOS) or race through challenging ocean courses in Driver Speedboat Paradise (Android/iOS).

The company has also launched a Big Screen Edition of Risk (Android/iOS). Sadly, these Hasbro games are only available to users in the US and Canada.

In addition to displaying levels on your living room for a more immersive experience, these titles turn your device into a controller or second screen for things like viewing your cards privately in Monopoly Here & Now.

Read next: Battlefield 4 has the most elaborate easter egg I've ever seen