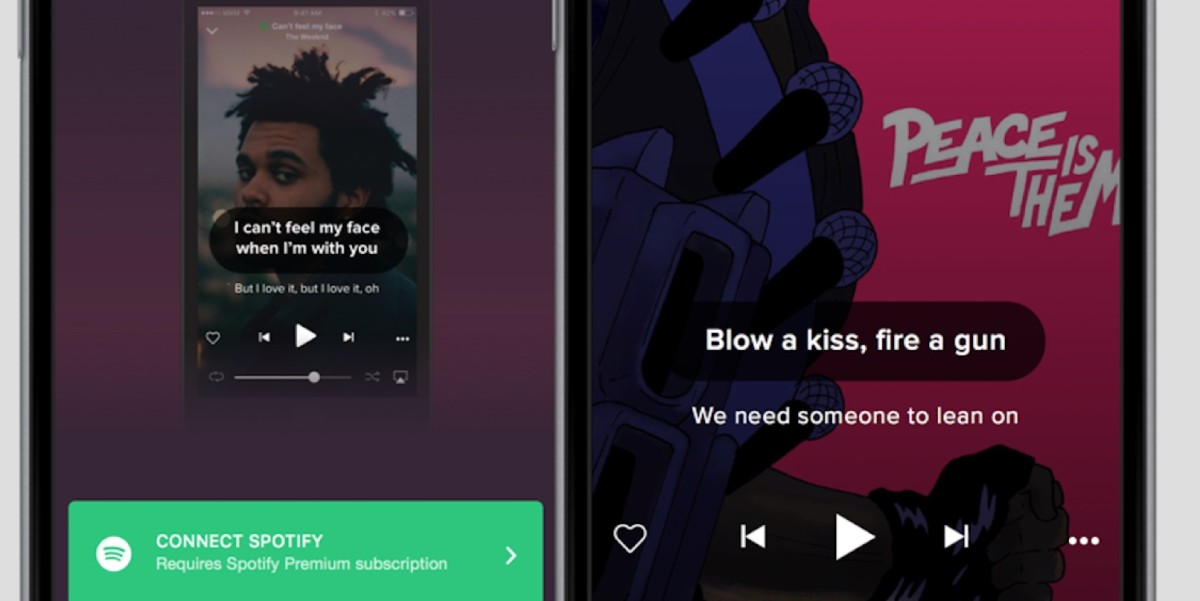 Musixmatch, the song lyrics service notable for powering the lyrics feature in Spotify’s desktop app, now lets you read the words to your favorite songs on the go.

The Musixmatch app for iOS and Android has been updated with Spotify integration that displays the lyrics as you play music in the app. If you have a Spotify Premium account, you’re good to go.

The move comes as Musixmatch announces that it has 30 million monthly active users and its apps have been downloaded a total of 50,000,000 times.

CEO Massimo Ciociola says that the company has big plans to position itself as a major provider of data to the music industry in 2016.

“We’re the same as Foursquare; they collect venues and sell location data, we collect music words and we want to sell data that shows why we know what you listen better than others,” he says.

Whether the music industry really buys into that data play remains to be seen, but one thing’s for sure – having lyrics for Spotify on your phone is pretty cool.