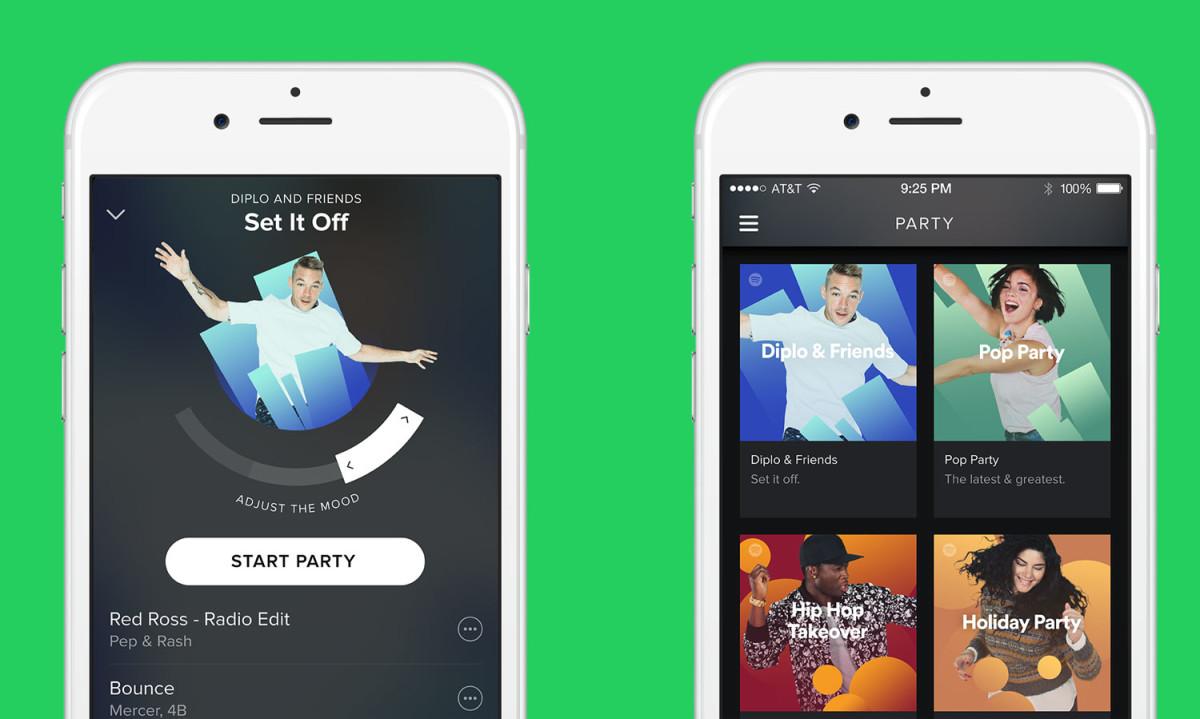 Everyone’s thrown a party and had the pleasure (or displeasure) of putting together the soundtrack for the night. Spotify, however, wants to take that off your mind with its new party mode.

Spotify Party is a new feature in the mobile app that allows you to create party playlists, then drag a slider to automatically change the mood. If you want it a little more upbeat, drag to the right, or to tone it down a notch, drag left.

The feature is part of a collaboration with Diplo, who created 120 tracks that can be automatically tuned to the mood you’re in and automatically blend together as you change the tone.

In the future, Spotify likely plans to expand the feature and work with other artists as it told us that it “views the collaboration as a creative and fun way to work with artists” and that there will be “updates soon.”

The feature is rolling out today to iOS and Android users around the world — you should start seeing it in your mobile app soon.

Read next: Google will soon let you translate messages in other languages without switching apps