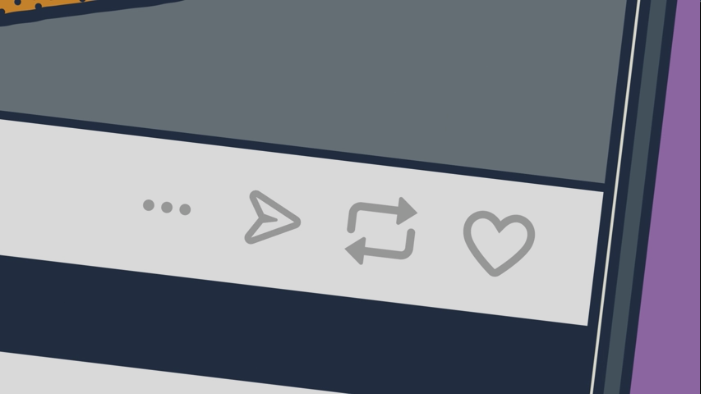 Today’s Tumblr update brings one officially cool feature, and another that went under the radar.

You can now send any Tumbler post as a message, piggybacking nicely on the platform’s new in-app chat feature, which also launches broadly today. To send a post as a message, just tap the new paper airplane icon on the bottom of posts.

That’s the official news — but there’s more in store for iOS users. First reported by 9to5Mac (Tumblr discussed earlier in the day, though), Tumblr’s iOS app now supports Live Photos, a feature specific to the new iPhone 6s and 6s Plus.

You don’t even have to do anything special to upload or view Live Photos. When the stars align — a Tumblr post has a Live Photo which you’re viewing on an iPhone 6s or 6s Plus — the familiar Live Photos icon shows up. A firm press on the screen activates the animation.

If a Live Photo is present, but you’re not viewing it on a new iPhone, it’ll display as a regular photo.

➤ Send a post to someone that’ll love it [Tumblr]

Read next: 77,000 Steam users are hacked every month. Here's how Valve is fixing it