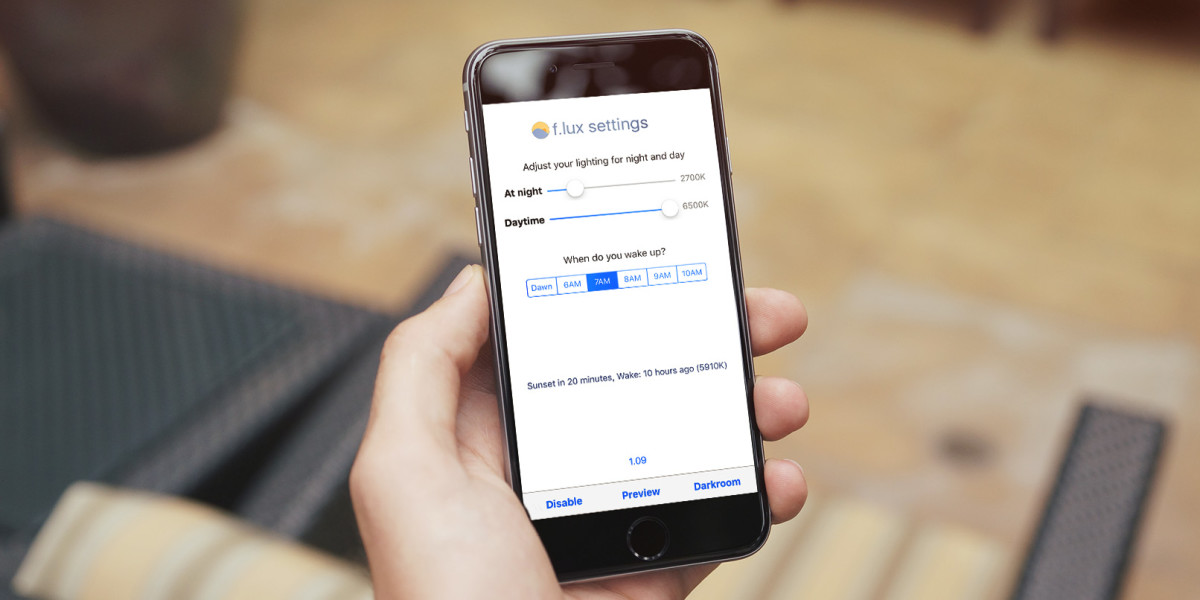 If you’re staring at a screen all day, you’ve probably felt the need to dim your display after the sun has set to prevent eye strain.

Flux has long been the preferred tool to handle this automatically on Windows, OS X and Linux desktops. It also arrived on iOS a couple of years ago, but required users to jailbreak their devices before they could use it.

The team behind Flux has now launched a beta of its app that doesn’t require jailbreaking, but there are still a few steps involved in sideloading it.

Once you’ve followed the instructions to install the app, you’ll be able to set it to adjust color temperature for maximum viewing comfort through the day. There’s also a ‘darkroom mode’ option, which switches iOS 9’s default white interface to black and red.

9to5Mac says that Flux isn’t allowed in the App Store because it uses private APIs and requires constant background time. In addition to making the app harder to set up, that also means that Flux won’t be able to push automatic updates and you’ll need to install new versions manually.

Update: Flux has been pulled at the request of Apple.

Read next: Want a limited edition retro-themed iPhone 6s or 6s Plus? You'll need to be damn quick