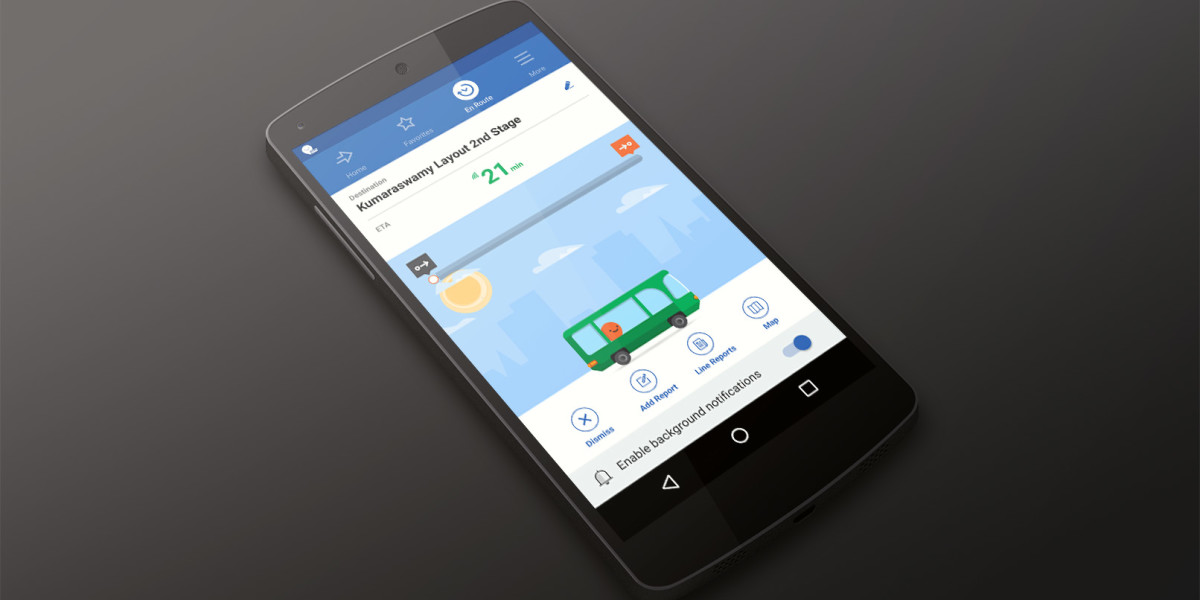 Eager to bring its public transit mapping service to users in India, Moovit has launched in Bangalore today to help users get around town using bus and metro lines.

The app lets you navigate the city via both the city’s Namma Metro green and purple lines, as well as 2,000 bus Bangalore Metropolitan Transport Corporation (BMTC) bus routes and corporate office shuttles.

While Google Maps also lists public transport options when guiding you to your destination, Moovit attempts to offer up-to-date information by crowdsourcing the latest data and routes from its community.

The company’s service is available in over 700 cities in 58 countries and claims 28 million users worldwide. It opened up its proprietary editing tool to allow users in Bangalore to add data over the past couple of months.

In addition, its team verifies routes and stops, while the community self-regulates by reporting misrepresented data — ensuring commuters get access to usable information. They can also signal issues in real-time like crowdedness and delays.

I’ve used Moovit in the past in a few European countries and it’s nice to see the same convenience becoming available in my home city, where mapping data and public transport schedules aren’t as easily available as in developed countries.

It’ll be interesting to see how Moovit advances in the public transport space, in which it’ll have to compete with Google and Citymapper. Moovit’s vice president of global marketing Alex Torres believes there’s indeed room for more than one player as each offers a different experience and can explore various opportunities for monetization.

Google launched a similar app for New Delhi a couple of weeks ago, but it’s only an experiment for now. That might explain its bare-bones interface and feature set, which doesn’t include an option to save routes for quick reference.

For its part, Moovit is attempting to come out on top with clever features like En Route, launched in April. It lets you know how long your bus or metro ride will take and notifies you when you’re nearing your destination. The company is also testing a new feature that indicates when your bus will actually arrive to pick you up. It will soon roll out on Android and subsequently on iOS.

Torres told TNW that the company’s first priority is meeting users’ needs and expectations. He said:

There are lots of features and data we can implement in real-time as we’re primarily community-driven. Plus, we bring all the know-how for mapping cities from working in hundreds of other locations, whether that involves working with users or government bodies.

For example, Bogota’s unstructured bus system has been hard for users to navigate. We’ve been working with local authorities for about two to three years to map routes there. The same goes for Buenos Aires.

With regards to monetization, we’re working with people around the world to come up with relevant solutions that work well for users, such as integrating cab services into our app in Israel. We’re also considering other routes like mobile ticketing for public transport.

Moovit will also announce the availability of its service in another major Indian city by the end of the year. With millions of Indians commuting to work in several cities underserved by mapping services, there’s a large user base for the company to capture and win over, if it plays its cards right.

Read next: This Japanese paper drone weighs just 1oz and flies like an origami bird