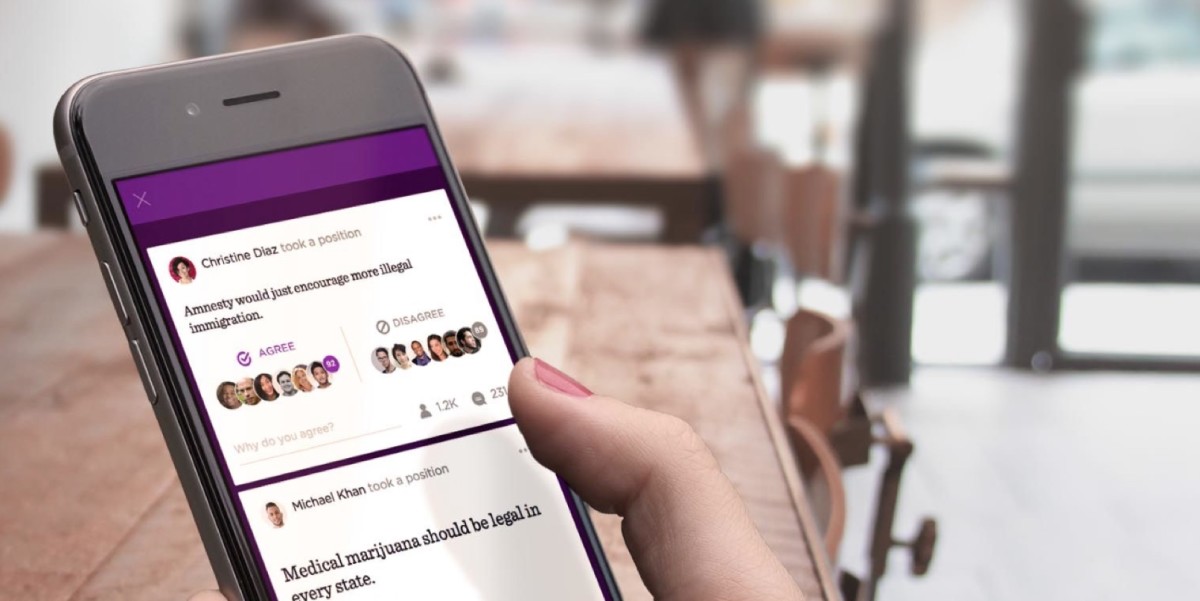 Gearing up to vote in the United States is an arduous process. Even when you don’t have the opportunity to vote for President, there’s plenty of state and local positions as well as hot-button community issues that end up on the ballot.

That’s probably why off-year elections have such a poor turn-out rate: During the midterm elections in 2014, just over one in three eligible U.S. citizens completed a ballot — a 72-year low. But these elections matter, even when they don’t decide who holds the highest office in the land.

But actually sitting down and reading even the voting guide to comprehend all the issues exactly is time-intensive. My voter information pamphlet for the Consolidated Municipal Election, City and County of San Francisco — running on a Tuesday in November — is 200 pages long.

And the issues are equally confusing. For example, the summary and arguments for Proposition F or the ‘Airbnb measure,’ which could limit properties on city rentals to just 75 days per year, is 15 pages. These include the details of the proposition as well as financial impact of the measure and pages upon pages of paid arguments for and against the issue.

That’s why Sean Parker’s app Brigade — which is essentially a mobile, standalone expansion of his Causes project that is in open beta for iOS and Android — is determined to simplify elections, especially the San Francisco election, to into digestible chunks.

As a voting taxpayer of San Francisco with a desire to gain an informative view before I hit the polls in a few weeks, I tried out Brigade’s ballot guide (available for San Francisco and Manchester, New Hampshire) to see if it could help me frame my viewpoints into definitive answers — even in areas in which I felt unclear or less informed.

What I saw was a batch of 19 cards that asked me questions that boiled complex viewpoints down to simple, punchy sentences. Do I want city workers to have extended paid parental leave? Should lobbyists report their activities? Should the city live-stream all of its meetings? I was also asked broader (but still brief) philosophical questions on how I feel about government and other social issues. All I could say was that I agreed, disagreed, or I wasn’t sure.

In two minutes, I had a handy sheet telling me every person I should vote for on my ballot, and all of the decisions for each of San Francisco’s 11 different ballot measures. I was all set.

Or was I? I couldn’t believe that a single response to a select set of questions could help me vote. In fact, I still felt unsure about the full issues of some of the ballots. So, I decided to kick the tires a bit and find out exactly who I was siding with and why.

First, I wanted to know how the app decided which mayoral candidate I should vote for — and I still don’t know how it did. Although it said I should reelect mayor Ed Lee, I couldn’t see any reasoning for why he would be the candidate for me. Rather than see how he felt about issues, I was forced to rely on his endorsements within the app — institutions like SF Young Democrats or SF Republicans.

But there was no assessment of his record, no summary of his recent actions as mayor and no real way for me to reverse engineer what question I agreed or disagreed with to make him my candidate of choice.

Measures were a little bit better, providing at least summaries of what each tackled. Yet again, aside from the organizations that endorsed the measure, there was little explanation of what voting for the measure would do versus voting against it. And I couldn’t get rid of the niggling itch that indicated to me that still, I should read more about each issue, and find concrete reasons why I should vote a certain way instead of believing in a few simple taps.

What Brigade is doing here, I believe, is good in the long run: in the end, more people should exercise their right to participate in public discourse and vote for things they care about. But in many ways, it seemed too simple. In order to understand a measure, I want to know who is behind it, how it got there and why it fits within my political purview.

We should be lowering the barrier to entry and helping more people vote. But there still can be a lot more done to ensure they vote smart.

Read next: The Apple Watch is now being sold at B&H Photo