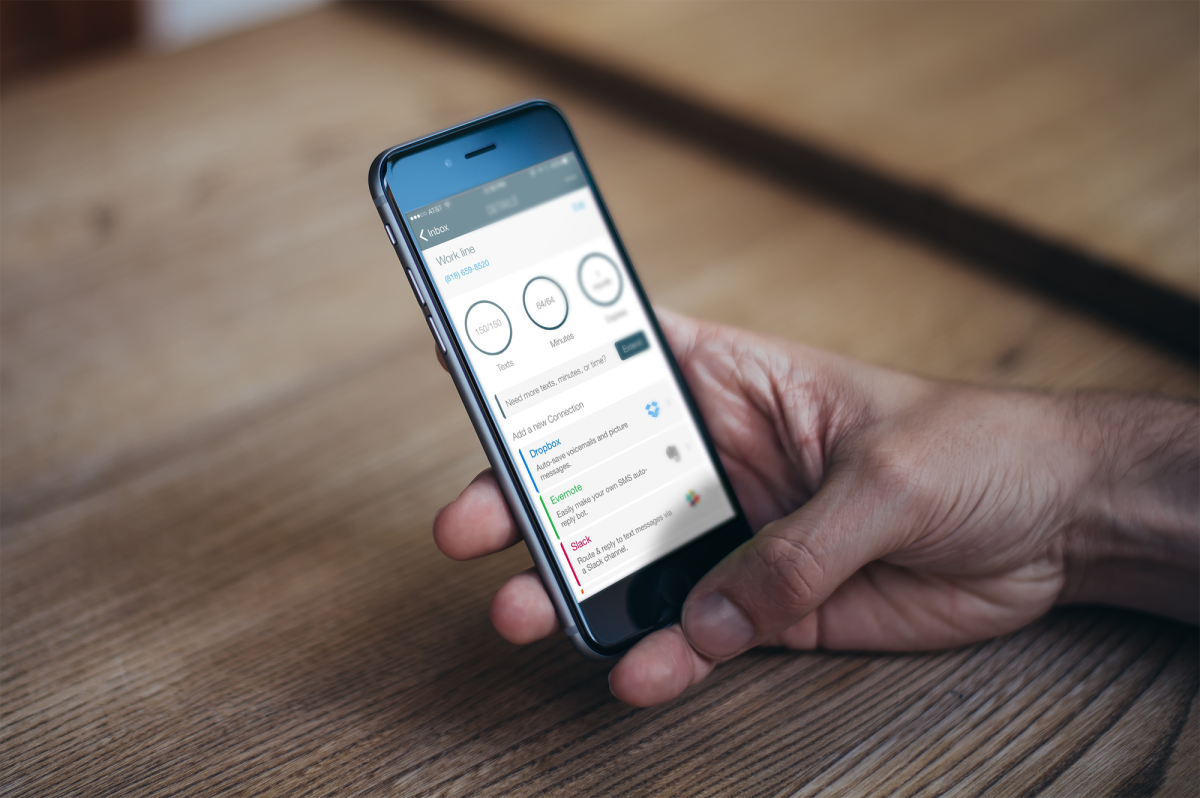 Burner has reliably turned smartphones into hosts for disposable numbers. But today the company has debuted a host of ways to use those numbers, which founder and CEO Greg Cohn refers to as the “smart phone number.”

The company today introduced ‘Burner Connections’ — integrations that allow functionality to be built into Burner numbers. Currently, there are four integrations with Burner: Slack, Evernote, Dropbox and Soundcloud.

“As a business, we’re just excited about the idea that people will be able to connect phone numbers to their infrastructure, and we’re freeing the phone number,” Cohn told TNW. “You can do lots of things with them, and that’s very disruptive.”

Cohn says the company has given a few suggestions on how to use the connections — for example, using Dropbox to archive voicemail or Slack as a way to field customer service inquiries — but that they can be formatted recipe-style to suit a variety of needs. For those interested in daisy-chaining apps through a tool like IFTTT, Cohn assured that it would work as well.

“These are the kinds of structural things we were thinking about,” Cohn said of the integrations. “The joke I’m going to make is that it’s phone numbers from the future.”

Burner connections can be tied to both voice and text, depending on the medium. For example, Cohn mentioned that users could integrate Burner with Soundcloud as a way to host and share voicemail messages, or send photos directly to Dropbox via text.

In addition to the connections, the company has introduced Burner Premium, which Cohn explains is a more streamlined payment plan for users who continually renew the same Burner number. Users can subscribe to a new Burner number or convert an existing one to Burner Premium for just $4.99 per month — which includes both voice and text message.

Over time, Cohn expects that Burner will continue to push into connections to help create more tools for Burner users. That, he hopes, will inch Burner closer to that “smart phone number.”

Read next: SwiftKey's new app could one day write entire emails for you