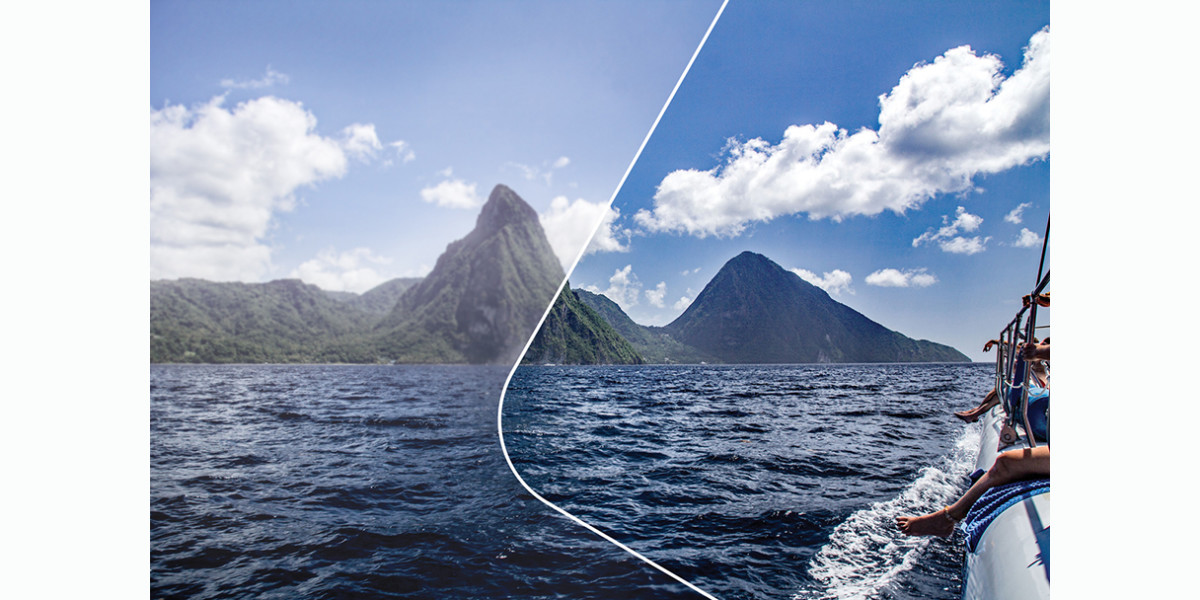 As a consumer photo/video editing package, Adobe Photoshop Elements and Premiere Elements have a long history. The premise is that enthusiasts and hobbyists have a deep desire to create original, compelling visuals, and can gain control over the process with software that specifically targets them.

Now at version 14, the apps have been streamlined to do things like remove camera shake from photos and videos, banish haze from your landscapes and let you create content for the newfangled 4K resolution TVs that are trickling onto the market. More than ever, this version of Elements seeks to be a complete end-to-end workflow for users, expanding the scope of projects while at the same time making them easier to complete.

Both Elements apps come with a helper app called the Organizer, which functions as a platform for enhancements spanning both apps.

For this refresh, Adobe has revisited its face recognition algorithm to make it faster and more accurate. The code can now take advantage of pre-clustering, which lets you name a person once and have the software recognize that person from then on.

After you’ve named someone, the software will gather all other images with that person to relieve you of that tedious task. When you import new photos it will find people it already knows. The app has also gotten smarter, and new biometrics can recognize people spanning many years and can now identify faces despite obstructions, such as sunglasses.

The Places view has been improved so that when photos are grouped together on the map, if you hold your mouse over the block, you can cycle through them. The app also reads the exact locations of the photos and has simplified adding locations to images without GPS, using Google Maps.

Suggested events lets you group photos with a slider — mostly by time or date information. Or you can add the name of a location and a Google search will pin a photo group on the map. Or you can pick a point close by to pinpoint an approximate location.

Special effects in Elements used to be uniform regardless of the photo you applied them to. In this version, effects are tailored to the specific photo. The Smart Look category uses content intelligence to let the program analyze the photo, which notes whether there are people in it and if the people are prominent. It also takes into account color schemes and environmental factors such as beach, snow and sunset.

Once the algorithm settles on the kind of photo it is, the app automatically pulls up the top five effects from the database that would look best with it.

Guided edits, Elements’ headline feature, has been tweaked to make the choosing process more visual and inspirational. Instead of listing the edits by name, you can hover your mouse to get a feel for what the effects do and how they will alter the picture.

When you’re done editing an image, it’s no longer just a full stop. A new Next button affords more choices for sharing and doing other things.

A new Haze removal tool, originally in Lightroom and Adobe Camera Raw has now arrived in Elements, but it’s designed to be easier to use: One click clears the haze from a landscape based on the software analysis of the picture, while a slider gives you even more control. The feature works well for sunsets, backlighting and restoring older images.

Shake reduction has also made its way from Photoshop to Elements and it will prove most useful for improving selfie shots. While selfies defy normal photographic technique, the feature’s “analysis points” will tell you where and how photos could be corrected, letting you be as precise as you want.

Edge detection algorithms have also improved, and now you can show a selection as a mat, and the software adds the ability to paint selections with the Refine Selection brush.

Among the top improvements of the new video editing version is a new audio timeline view that shows audio waveforms and lets you master recorded volume control.

Motion titles are an interesting engaging update to presenting titles, and are available in themes spanning different categories. Available to your project via drag and drop, these customizable templates are are stored on the server to save hard drive space, leaving open the addition of new choices over time. Classic titles are also still available.

You may remember the Black & White Color Pop feature from previous Photoshop Elements versions, and now it is available for the video editor and can pop more than one color for your video.

Want to have parts of your movie play in slow-mo or fast motion? Version 14 makes that feature available, too.

Adobe has overhauled the export and share features for Premiere Elements to make it easier to output your movie to various formats without agonizing decision-making. A Quick Export tab gives you the proper settings for whereever you want your video to be viewed — even if it’s on one of those brand new 4K ultra high definition TVs.

Premiere Elements, like its big brother Premiere Pro can ingest 4K video streams from all the new cameras — not to mention your iPhone.

Both Photoshop Elements and Premier Elements are available for Mac OS X 10.9 or higher and Windows 7 or higher. They can be purchased from the Adobe Website for $99.99 each, including the helper Organizer. Buying them as a bundle is $149.99. The apps ship now.

Read next: Google voice search is now faster and more accurate on Android and iOS, even in noisy environments