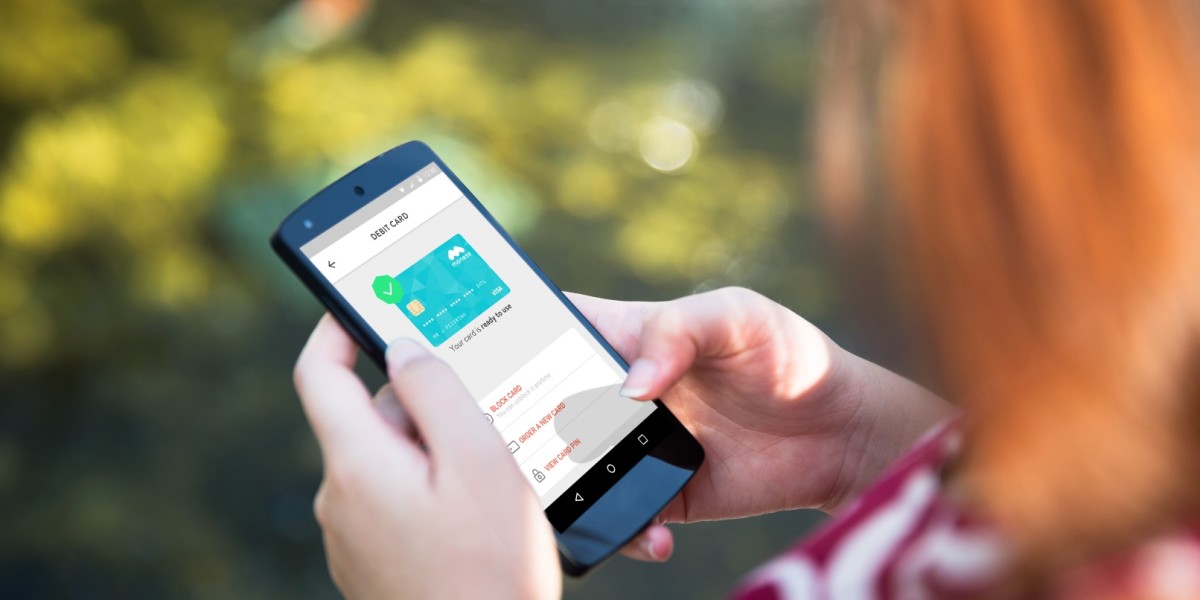 Monese, a service that aims to simplify mobile-first banking, is opening its virtual doors to customers today following a three-month closed beta.

The service takes a different approach to digital banking than other companies, and seems to be aimed at the huge numbers of transient or disenfranchised people locked out of traditional banking services.

Instead of proof of a UK address, a minimum opening balance or the provision that your salary is paid into the account, Monese lets users sign up for a new account from a mobile device in just a matter of minutes. Your debit card will then arrive in the post.

That makes it ideal for people who have just moved country, which often presents the ‘chicken and egg’ scenario of needing an to open an account, but also needing to receive regular payments from your job to open an account. It’s also hard to get proof of a permanent UK address without a bank account.

Monese makes a few checks to ensure you are who you say you are and requires you to have a registered address somewhere within the EU.

As it doesn’t offer any sort of credit (it’s ‘positive balance’ banking only), there’s no credit check being carried out and no marks on your credit history as a result, if you worry about that sort of thing. Checks are based on supplied official documentation (a passport, for example), social media data and facial recognition data – part of the set-up process is to take a selfie.

There’s also only one account type, a deliberate move on the company’s part to keep the whole experience simple and straightforward. And yes, you can still pay cash in, via the PayPoint in-store network and make online transactions using the debit card.

The account, contactless Visa debit card and accompanying app are all free to use for basic transactions – up to a point. Monese-to-Monese account transactions and in-store debit transactions will always be ‘free’, but other sorts of transaction, like taking money out at an ATM or making a transfer require credits.

Each month, account holders get five free credits, and can earn more by inviting new users to the service. Once the free credits run out, each transaction is then charged at a 50 pence flat rate.

Perhaps one of the most useful features for Monese’s target market is the ability to hold multiple positive balances in different currencies, which should help avoid foreign exchange fees on business trips or holidays. A spokesperson for the company says the multi-balance feature will roll out to account holders from next month.

Monese says its international money transfers are up to 10 times cheaper than high street banks and are charged at the mid-market rate plus 0.5 percent.

Of course, trust will be a big issue for Monese’s growth – customers will want to know the company will still be around in a few months, or years if they’re going to have enough faith to use it as an everyday bank account.

“It could be said that customers’ money is safer with Monese than with traditional banks. In the unlikely event that Monese were to collapse, 100 percent of customers’ money would be returned. In addition, eligible Monese customers are automatically covered by the Financial Services Compensation Scheme (FSCS) which is an added layer of protection should the banks Monese partners with to store cash go under,” Monese says.

The key to Monese’s success will lie in striking the right balance of ‘free’ credits each month to keep users interested, but still generating enough revenue off the other transactions to continue to build the business to a point where it can achieve its global ambitions and go after other players in the market, like Simple.

Demand for the service over the closed three-month trial means that Monese will be on-boarding a set number of users each day until it has worked through the backlog. It’s doing it this way to ensure the systems remain stable and working for everyone.

However, if you want to jump the queue, you can use the special TNW invite code in the link below to get in on the action early – be quick though, there’s only 1,000 to go around in total, and only 100 users from that figure will be added each day.

Note: You need to download and install the Android app before clicking this invite link.