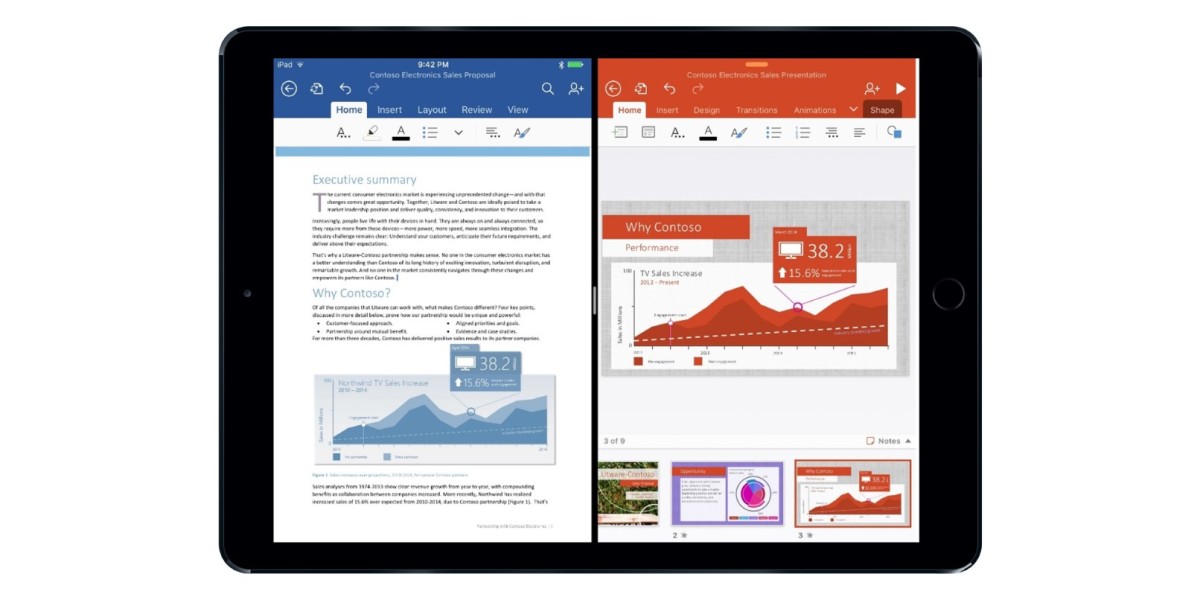 Microsoft has announced updates for its Office suite of productivity apps as well as its Outlook email client that will take advantage of the new features in Apple’s iOS 9, WatchOS 2 and the upcoming iPad Pro.

Thanks to iOS 9’s support for multitasking, you’ll be able to use two Office apps simultaneously on the same screen, and switch between them or copy content over in a pinch.

The company says these features will be useful in a number of ways. For example, you could jot down tasks in OneNote while checking your Outlook mail, or run a presentation with PowerPoint while privately viewing your talking points in Word.

Office apps are also getting new inking tools including pens and highlighters so you can mark up documents freely on an iPad Pro using the new Apple Pencil stylus, similar to how you would work with pen and paper.

Microsoft says it will also introduce a thickness control function, a new color wheel as well as inking-specific features like shape recognition in PowerPoint to make it easier to annotate and create documents.

If you’re rocking an Apple Watch, you’ll be able to use the Time Travel feature to check your Outlook calendar appointments by turning the Digital Crown.

These new features will arrive for Word, Excel, PowerPoint, OneNote and Outlook when the new iPad Pro, iOS 9 and WatchOS 2 are available — the tablet will launch in November, while the OS updates will come to devices on September 16.

Read next: Translator for Apple's WatchOS 2 will show you time-aware local phrases when you're abroad