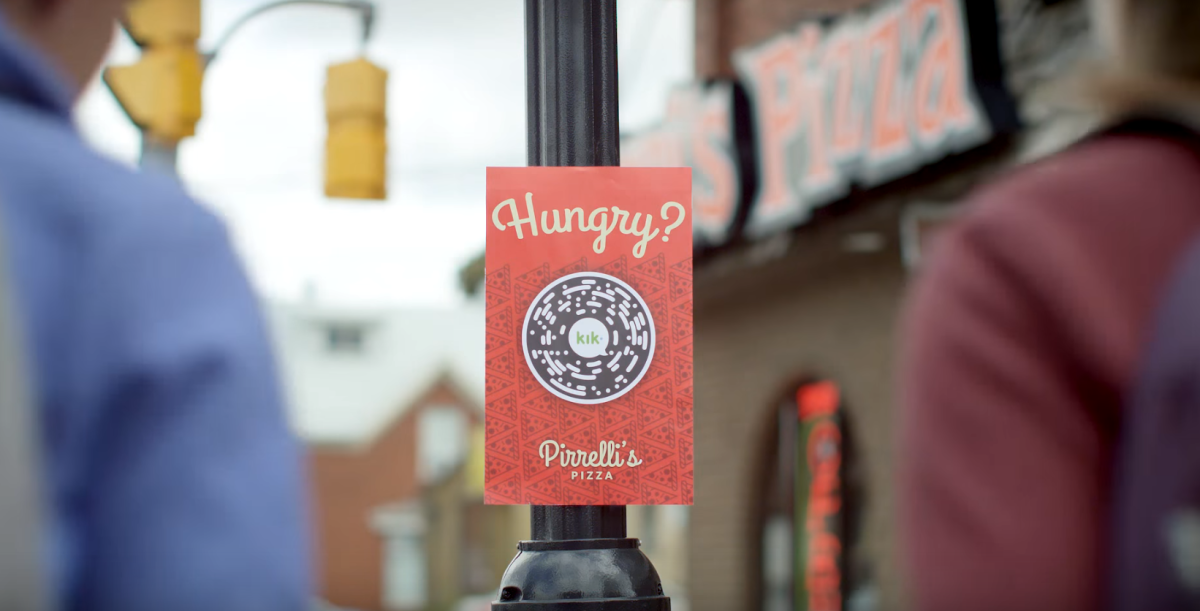 Even though QR codes never really took off in the United States, they’re overwhelmingly popular in Asia. Messaging apps like Snapchat have made them ‘cool’ again and Kik wants a piece of the action.

Today it’s announcing Kik codes, which are a new way to add friends, get straight into group conversations and talk to brands.

Kik’s new codes can be scanned by quickly pulling down on the friends list in the app, which opens the built-in scanner — when you add someone using their code, they automatically add you back too.

It’s even more useful for getting you straight into a group conversation without the hassle of needing to be added by someone else. All you need to do is scan the code and you’re in.

Those QR codes are smarter than most, though, when it comes to working with businesses.

Each code can have data embedded in it, such as the location it was scanned at, which is passed along to the business at the other end. That allows a bot to quickly message the person back with a relevant deal, like a pizza coupon, based on their location.

Businesses can customize the data stored in each code, but Kik codes can’t be visually customized like Snapchat’s because the company believes they need to be recognizable and functional before it explores that.

The company announced earlier this year that it has 200 million active users but has now grown to 240 million and more than half a billion messages have been sent to bots. These new QR codes are an enticing way to extend that network further.

Kik codes are available today in the company’s updated apps.

Read next: Jawbone rolls out new features, colors and a redesigned clasp for UP activity trackers