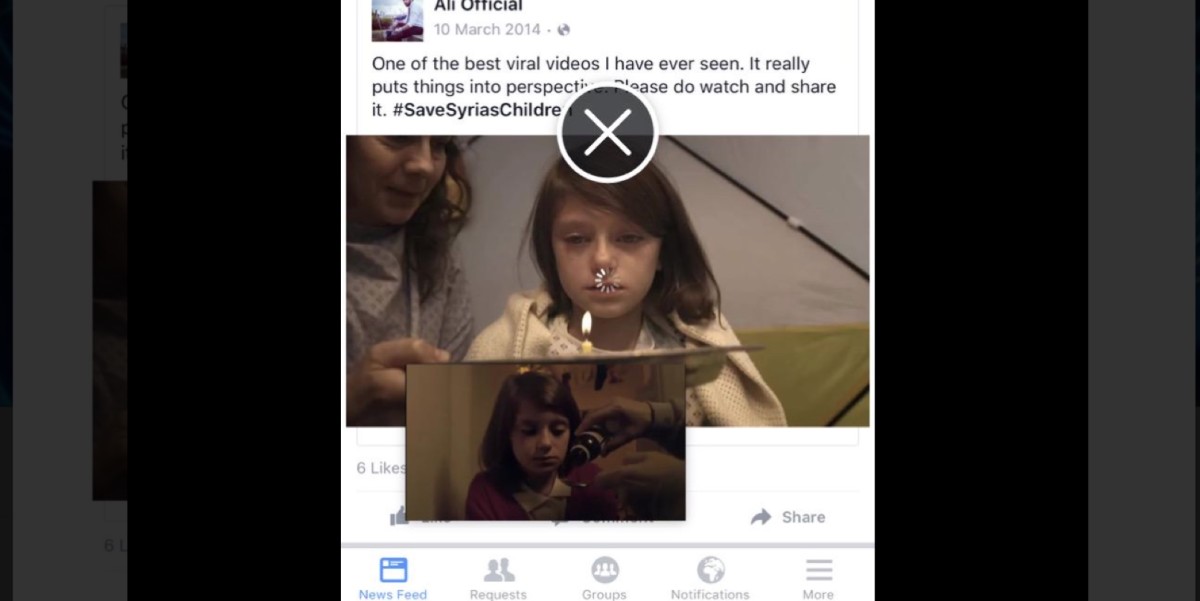 It appears that Facebook — that bastion of experimentation — is trying out a new way of displaying online video. Some users recently spotted what has been dubbed “carousel” style viewing in Facebook’s iOS app.

There also appears to be a pop-out, picture-in-picture style function at play as well. The video pulls out of position, allowing the user to scroll up or down while watching. True multitasking there.

This is what Facebook's new picture-in-picture floating video player looks like on iOS pic.twitter.com/G3Smc4gV0c

Have you seen this action yet? Let us know in the comments below.