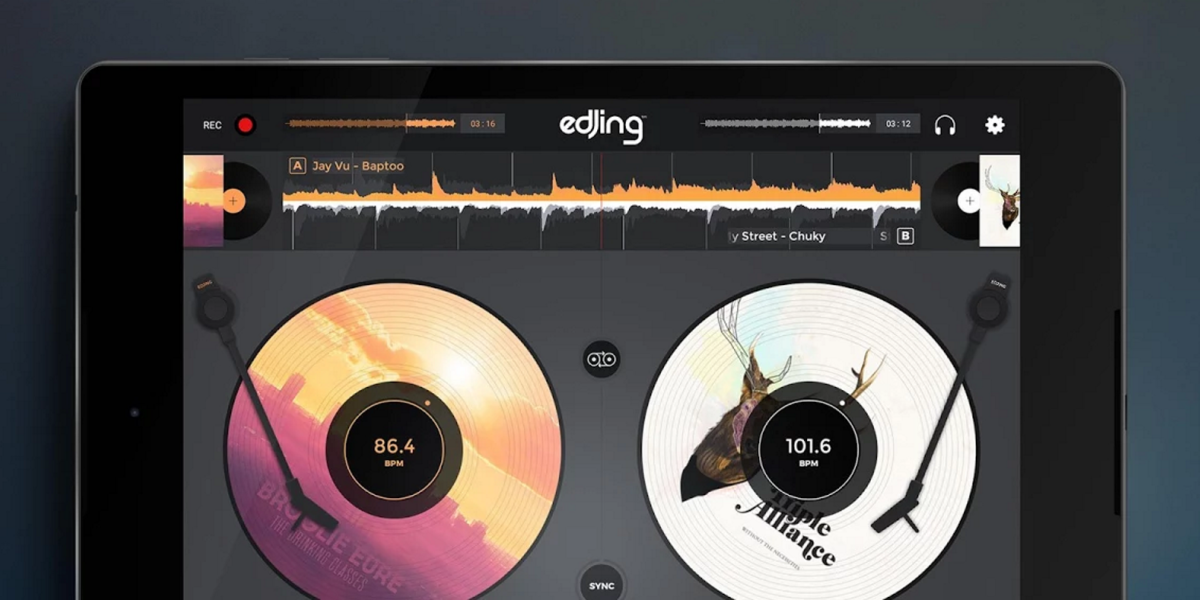 DJiT, the company behind the DJ app Edjing, has released an updated version of the mixing app with a whole range of new features and a revamped interface.

The updated app, which is available for both iOS and Android devices, has been overhauled to provide quicker access to more than 50 million tracks (across services like SoundCloud and Deezer, as well as your owned music) and a range of new functions.

To help make your creation process a little easier, the redesigned UI focuses on bringing the most-used functions to the fore – Pitch, FX, Sync and EQ. You can also now personalize your audio effects to make your sound distinct.

How much you want to take control of the whole process probably depends on your level of experience. New users will appreciate playing around with the automated effects to get the hang of things, while experienced users will want to take manual control over the whole setup and things like crossfader curve control.

Once you’ve created your masterpiece, there are now better ways to share it with the world, including via WhatsApp, Telegram, Messenger, SMS or email.

You can now customize your cover images for your mixes with images and photos too. You can, of course, still share via Facebook, Twitter and Google +.

Just don’t go convincing yourself you’re a superstar DJ if you never switch off the ‘automix’ feature though, eh.

Read next: New on TNW: Share us to Slack!