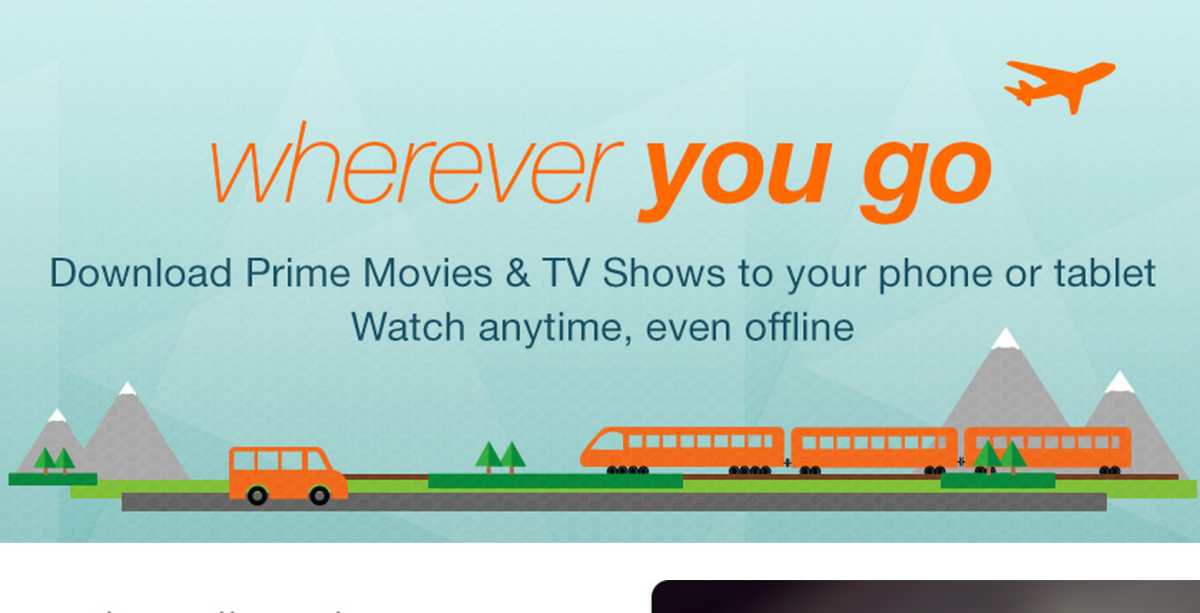 Amazon Prime Video is making a big move against Netflix: You can now download streaming video content on Android and iOS devices to watch when you don’t have a strong data connection.

The feature was already available to Fire device owners, but so far it hasn’t been seen on other platforms. That said, it won’t work for every video, as Amazon has to pay content owners to license the downloads.

Naturally, Amazon’s original content is downloadable, but there are some notable titles from outside studios like ‘The Hunger Games’ and ‘Star Trek: Into Darkness’ available. You can even download some HBO shows like ‘The Wire,’ which even HBO Now subscribers can’t do yet.

Once you download them, you’ll have 15 to 30 days to the watch the show or movie before it’s automatically deleted off of your device.

It’s not hard to see how this feature would come in handy. Flights are one obvious example, where most in-flight Wi-Fi wouldn’t be able to support streaming content. But it can also be useful for people going about their daily activities: I usually download streaming music to my phone because I lose signal while riding the subway, and being able to do the same on Netflix would be extremely useful for the longer trips. The same goes for anywhere with a weak data connection.

It seems unlikely offline playback will come to Netflix anytime soon though; last year, a Netflix representative said ‘it’s never going to happen.’ If competitors push the feature enough, however, it may be forced to change it’s mind.

While it’s not likely to be a big enough improvement to propel Prime Video over Netflix, it might get me to choose Amazon’s platform more often, especially for duplicated content. Previously, I only really used Prime Video for its original shows or content not available on Netflix.

To try out the new feature, just download the most recent version of the iOS or Android app.

Read next: Why sharing photos of food is about more than what's on the plate