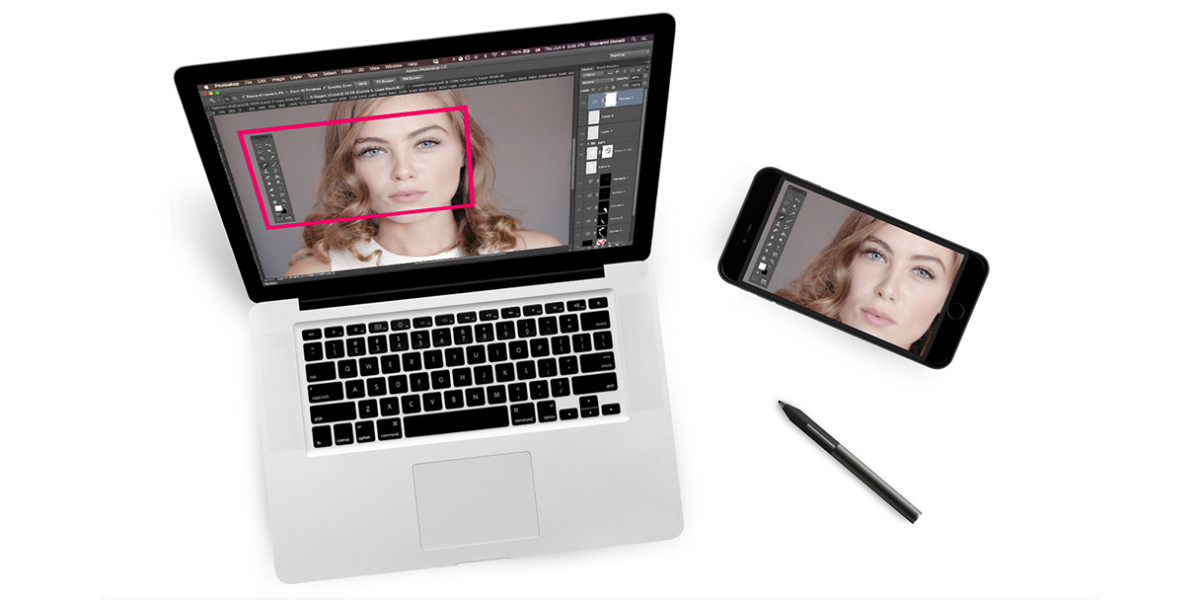 First there was the Astropad, a graphics pen-tablet app for the iPad that mirrors and connects to your Mac. Think of the Wacom Cintiq, but at a fraction of the price. That app connects your device to the Mac desktop via Wi-Fi or USB.

Today, that concept pushes further with the release of the Astropad Mini for iPhone. The new product is analogous to the existing iPad app — except that you can now carry this functionality in your pocket. Astropad Mini lets you use the same Mac tools for drawing, masking, tracing and retouching in real time — with Photoshop and Lightroom or other apps — on your iPhone.

Built for photographers, illustrators and other professional creative folk, Astropad Mini works like a native iPhone app and with all iOS-compatible styluses. It recognizes gestures such as pinch to zoom and pan in Mac apps. Customizable shortcuts and a separate app for the Apple Watch also allow you to control your art work.

While I found the connection between mobile and desktop steady and reliable, and the performance good, navigating around the images was harder on my iPhone 5 than on the iPad. It was more of a challenge to hold an image steady and to locate editing controls, though a stylus made things a bit easier. Over time, I developed a strategy to accomplish the things I needed to do with particular images. People with larger phones, I suspect, will have a smoother experience.

Read next: Apple's next event will be September 9 in San Francisco