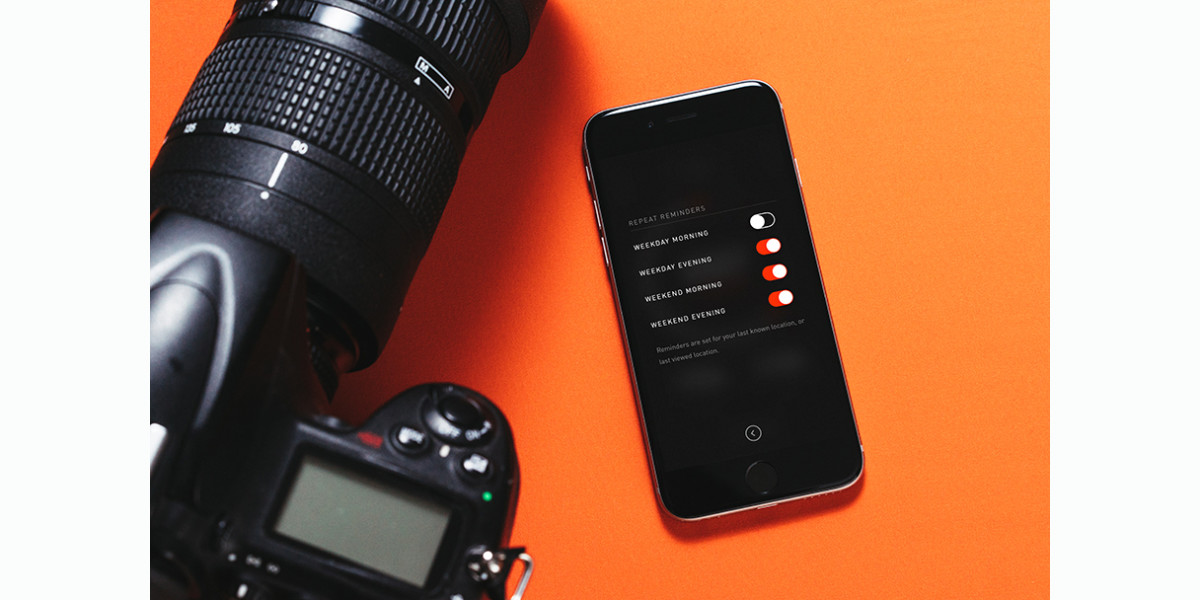 You can be smack in the middle of the most beautiful place on earth, but if the light sucks, your images will disappoint you. It’s long been acknowledged that the best time to shoot outdoors is the ‘Golden Hour‘ —  the time frame shortly after sunrise or before sunset during which the light is softer and more mellow compared to when the sun is high in the sky.

Not surprisingly, there’s now an app for that. Rizon, a new release, actually does those calculations for you. That’s convenient not only for hiking-boots-on-the-ground shots but planning ahead to shoot with the best natural light anywhere in the world. You can even search and add a custom location offline.

The app features a rotating 24-hour clock face that highlights Golden Hour, Twilight, Daylight, and Moonlight. You can also view data for any date in the future.

Golden Hour is important because such light tends to show your subject — whatever it is — to its best advantage. The issue is knowing when it takes place. There are mathematical formulas that help to determine exactly the point and time span of Golden Hour, though most folks can pretty much wing it by just looking up or checking the actual sunrise or sunset time at their location in order to plan ahead.

Rizon aims to be more helpful by offering two types of reminders. Quick Reminders let you set one-off reminders for the upcoming two Golden Hours or a custom date. Repeat Reminders can go out every day, depending on your settings. With that, Rizon will just ping you when to get outside.

According to a Product Hunt post by its photographer creator Sam King:

The idea behind Rizon was that it’s usually a pain for the casual photographer to find out when the best time of day to shoot photographs outdoors is. Sure, there are other apps that tell you the same sort of information, but sometimes it can be an information overload. I just wanted a simple way to see when Golden Hour was happening, along with Twilight and the time of day to avoid harsh shadows.

Rizon is regularly $2.99, but available at a launch price of $1.99. The app requires iOS 8, and there is no Android counterpart for now.