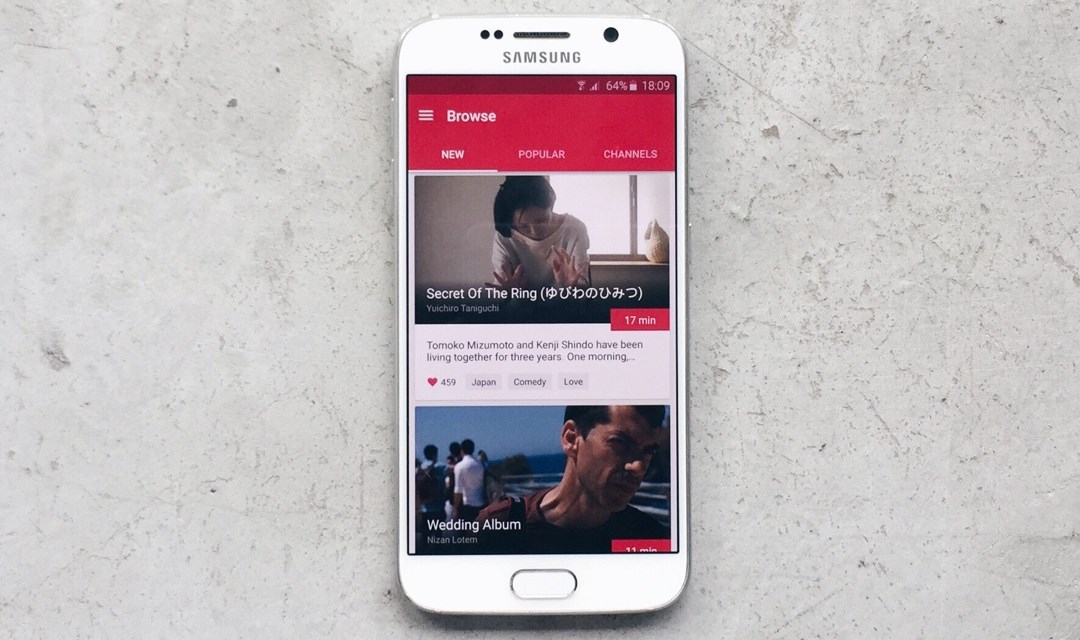 Indie movie fans have enjoyed Viddsee’s curated collection of short films from Southeast Asia on the Web and iOS devices for a while now. The Singapore-based platform has now launched an Android app to bring its service to more users across the globe.

The company’s new Android app lets users discover movies they might like, sync their watching habits across desktop and mobile devices, receive personalized recommendations on what to see next and watch downloaded films offline.

Viddsee launched its iOS app last November and fans have been clamoring for an Android version ever since.

Co-founder Derek Tan said, “Asia is a mobile-first market with an appetite for high-quality cinematic content. We are proud to showcase the best talent and creativity from this region and to continue engaging our community of users and viewers in Asia with Viddsee.”

Read next: Opera Max reduces buffering when streaming YouTube and Netflix on Android

Read next: YouTube's opening its latest studio for creators in India