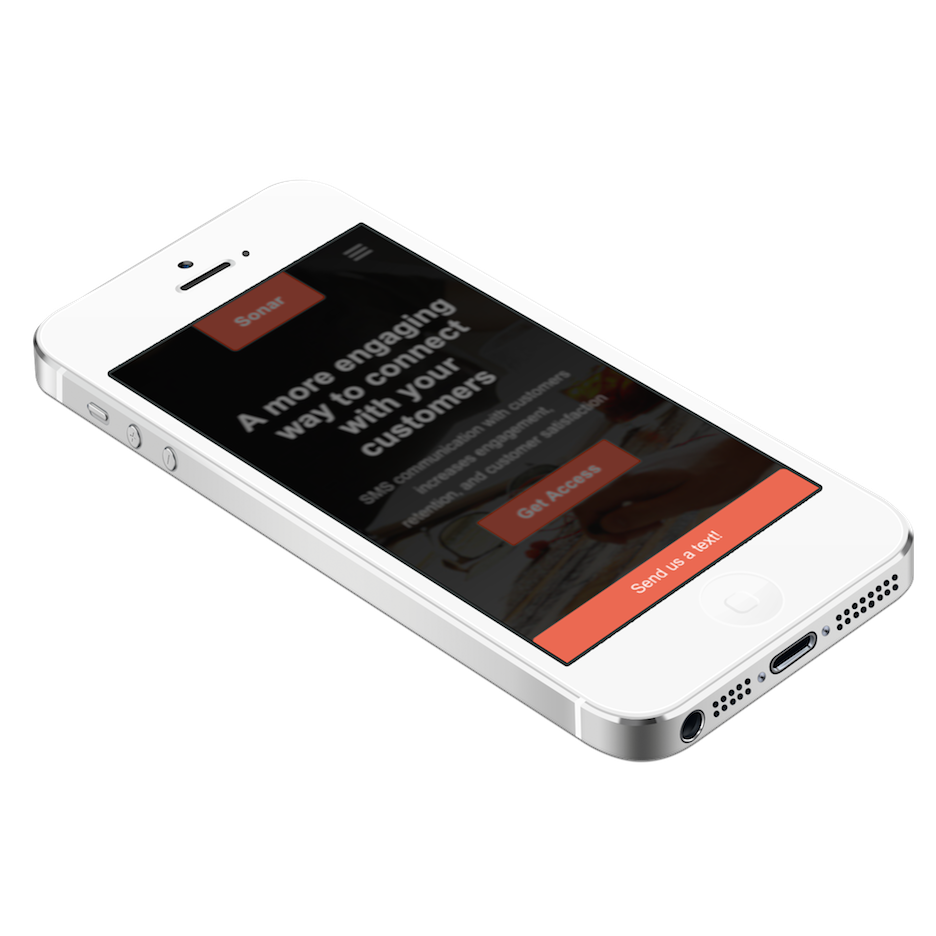 The future of technology may be hidden somewhere in our past. As real estate on our phone screens becomes more scarce, the idea of downloading proprietary apps for certain services seems excessive. And although mobile browsing is a good option, many websites or services work shoddily with phones and practically demand a desktop.

Seeking an alternative way to reach customers, more companies are turning to SMS to get it done. One company facilitating this movement is Sonar, a platform designed to help businesses text their customers and vice versa.

The company just secured a $960k seed round, led by QuestVP with participation from 500 Startups and angels including Semil Shah.

Founder and CEO Matthew Berman told TNW he was inspired to start Sonar during his time working for the Distribution team at 500 Startups. In particular he saw the struggles of Mayvenn, a startup within the 6th class of 500 Startups that helped hair stylists sell hair through online retail. Mayvenn customer service reps were outfitted with separate Sprint prepaid phones to reach their clientele, often African American women who prefer to engage via text rather than email. Berman offered to create a platform for the company — and did so within six weeks.

“I built everything myself and the design was not pretty,” Berman added.

Berman’s customer base continues to include Mayvenn, as well as other startups like Handy, Sidecar, and StyleSeat. Berman said that initially, Sonar’s clientele was dominated by 500 Startups companies, thanks to his connections to the accelerator.

“It happens at Y Combinator, 500 Startups, TechStars and others, but it’s basically the network,” Berman explained. “You’re a part of this community and they’ve gone through the same struggles we have.”

But now, Berman says that those companies make up just 30% of all of Sonar’s clients. The dashboard has also grown to include analytics, standard responses for customer service representatives, and support for Facebook Messenger. Now that the tools are built, Berman says he’s focused on teaching companies how to use it.

“A lot of our job is showing companies how to do SMS successfully and not overdo it where the channel becomes saturated.”

It turns out that doing SMS successfully is actually kind of hard, lest we forget how Path woefully mishandled it to the point of driving the service to nearly immediate irrelevance. But Berman brought up the success of text-based courier Magic, which he said was a huge driver for many companies to knock on Sonar’s door.

But Berman said there’s also been a lot of pushback regarding how companies wield the power of text.

“We’ve had quite a few companies try to upload 100,000 text messages for a discount code,” Berman said. “It’s a combination of listening closely and trusting our expertise.”

As Sonar continues to grow and furnish SMS communications for businesses, it’ll be interesting to see how startups will alter text to suit their needs. It may look old, but its possibilities are looking pretty cutting edge.

Read Next: Drupe for Android is now a dialer for calls, texts and everything in between