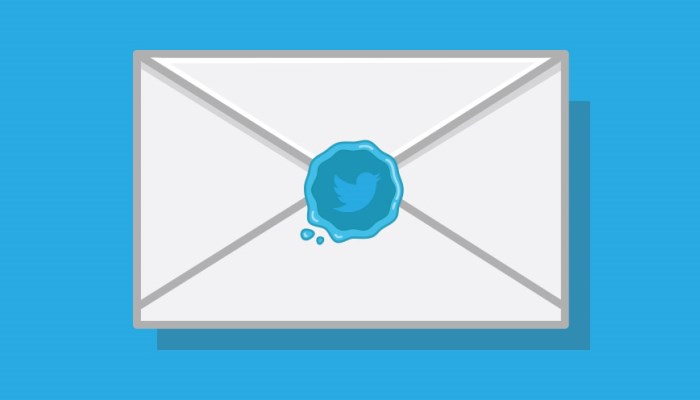 It’s been a long time coming: Twitter has officially removed the character limit from direct messages.

The change, which is rolling out from today, means you can send messages that are as long as you want via direct messages on any of Twitter’s official apps and third-party apps that update to support the change.

In July, Twitter mentioned a 10,000 character limit in a note to developers, but the company is marketing the change today as ‘unlimited’ length. We’ll be putting this to the test as soon as we can.

The change is rolling out, in Twitter’s usual style, so you might not see it immediately. It might be “a few weeks” until you see it, if you’re unlucky.

The social network was also quick to point out that the character limit won’t be going away for public tweets anytime soon.

If you’ve ever tried typing a novel or sending an epic love story over direct message and been stopped by the character limit in the past … your time has finally come. 🚀

Update 8/19/15 – A little ahead of schedule, Twitter says it’s completed the rollout of extended direct messages to all users.

Long DM's for all! The update is now available to everyone. Take it from @dschwen, don't hold back. pic.twitter.com/PQgxQxnFiq