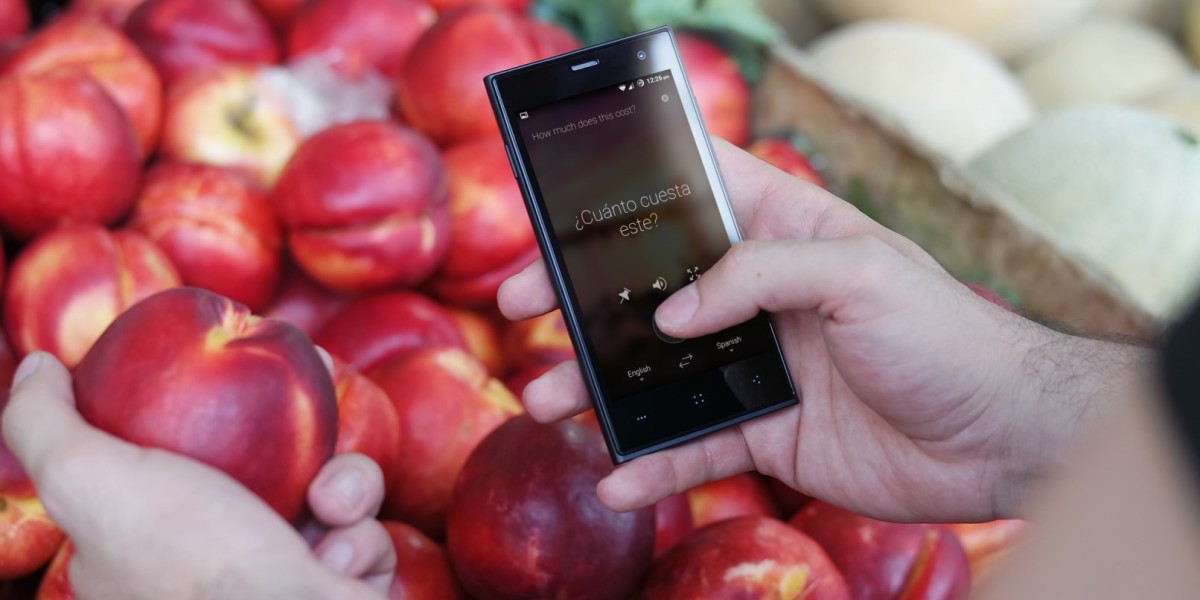 Microsoft has launched Translator, a new Android and iOS app that translates your text or speech input into 50 different languages. In addition to your mobile devices, Translator works with Apple Watch and Android Wear gear too.

The app features a clean interface that displays your translated text in an easy-to-read font, so it’s great for showing people whose language you don’t speak.

It doesn’t hurt that Translator’s support for smartwatches makes your new timepiece a little more useful when you’re on the go.

The watch app can read out your translations in  supported languages, such as Spanish and Simplified Chinese. This is helpful for when you’re traveling or are trying to learn a few key phrases.

It can also read out your translations in some supported languages, like Spanish and Simplified Chinese. This is helpful for when you’re traveling or are trying to learn a few key phrases.

Plus, you can pin translated phrases to a list for quick reference, or find them on the History screen.

How accurate is Translator? Depending on the languages you’re working with, your mileage may vary. I got a few incorrect ones when translating from coversational English to Hindi, but that’s to be expected.

I might be more inclined to trust Google, which says that its service is used to translate over 100 billion words a day and even works in real-time when you point your camera at foreign language text — but then again, Microsoft beat it to the punch in launching smartwatch versions of its translation app.

Read next: Signily lets you use sign language on iOS