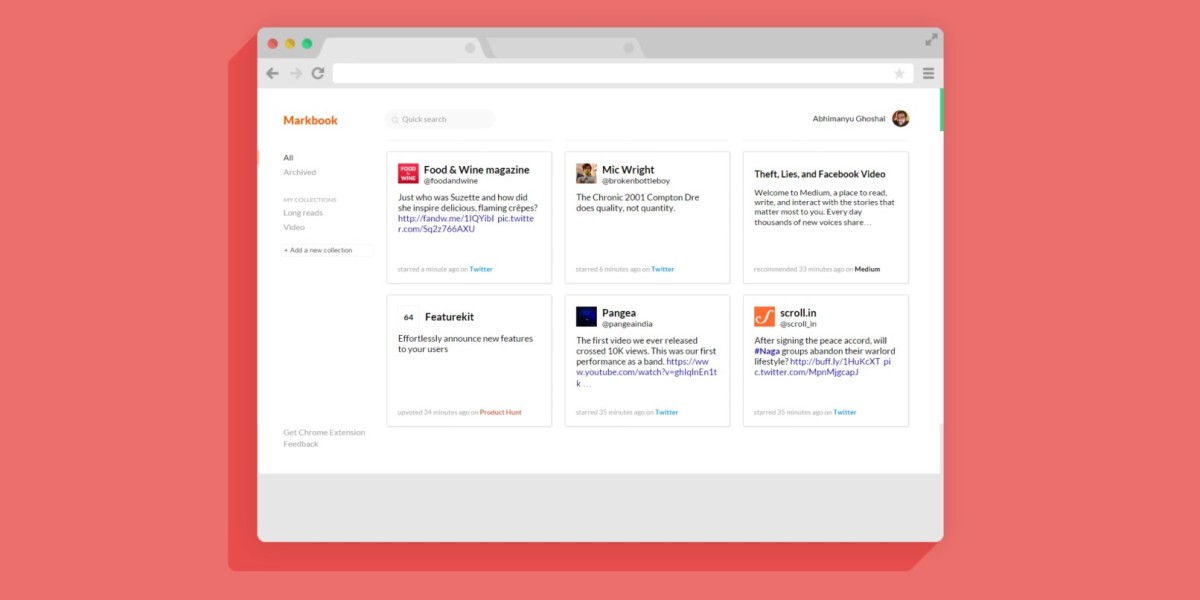 I’ve previously written about my struggle to read all the articles I’ve saved for later. Things haven’t got easier since, but I still appreciate tools that help me curate content to read at some point, and Markbook’s a new one that tech enthusiasts will enjoy.

The Web app pairs with a Chrome extension to collect links from your favorites and upvotes on Twitter, Product Hunt, HackerNews, Github and Medium. It then lets you organize them into collections for easy reference.

What’s neat about Markbook is that once you’ve installed the Chrome extension, you don’t need to set up your accounts from the above services to get them to work.

However, this means that it won’t pick up starred content from other connected apps — so, for example, if you use favorite stuff on TweetDeck’s desktop app, Markbook won’t catch it.

I also wish the app included a feature to prompt you to read something, based on how much free time you have when you log in.

Still, it’s a neat little tool for users of its supported services, that does what it says on the tin. The developers say they’re working on a Safari extension which should be ready soon.

Read next: I have too many unread articles saved for later… and that’s okay