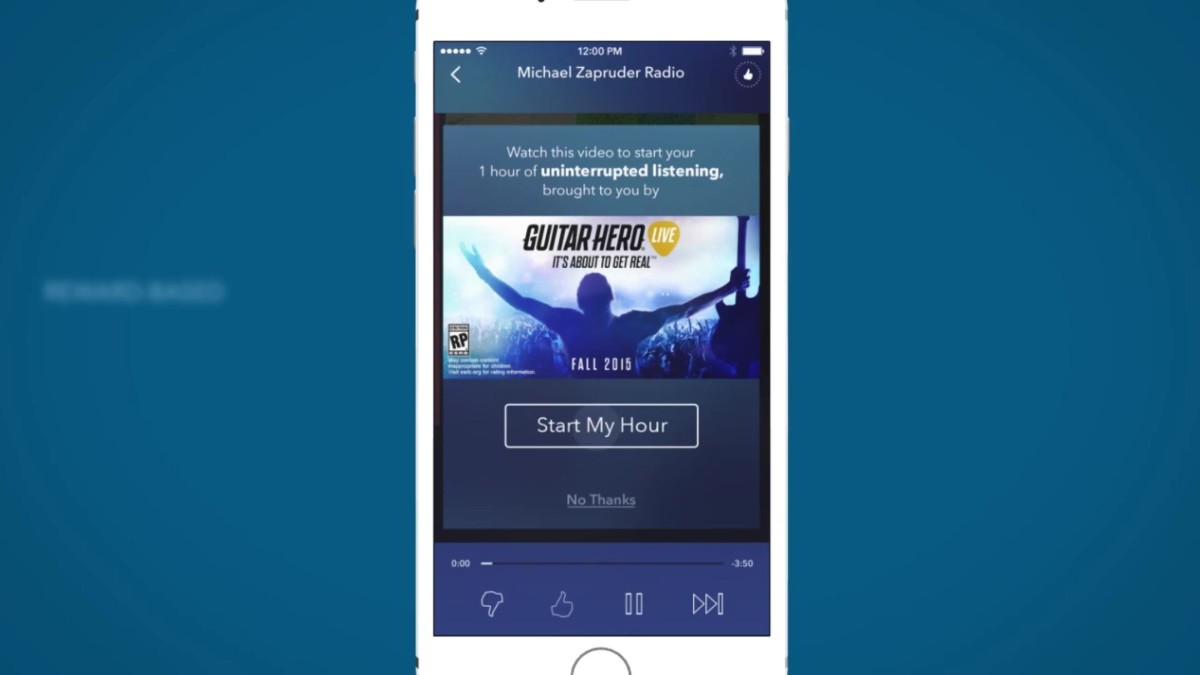 Subscribing to Pandora One isn’t the only way to avoid ads in your music session anymore: a new “Sponsored Listening” tool lets you listen to an hour of uninterrupted music if you engage with an ad before your stream begins.

These ads can be a video or an interactive “rich media unit,” – a slideshow, for example – and require the user to pay attention for at least 15 seconds, although videos can be up to two minutes and a half in length.

The idea is that asking users to engage with an ad for an extended period of time before the music starts means they’re more likely to actually pay attention to the content.

Currently, only mobile users can try it out, perhaps because the full-screen format of mobile apps makes users more likely to engage with the ads.