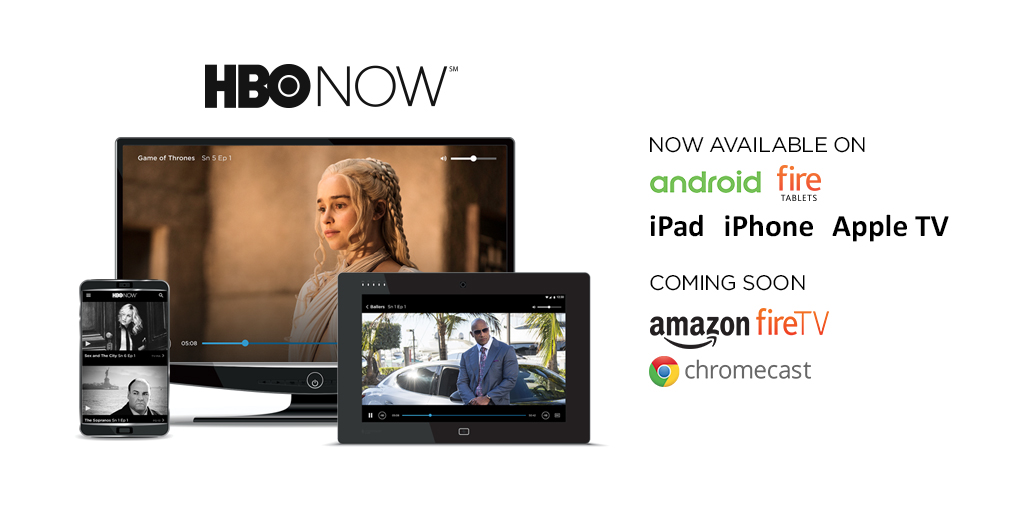 HBO Now is no longer exclusive to iOS on mobile.

Amazon also notes that Now will be arriving on Fire TV soon as well, so you can watch ‘Game of Thrones’ right in your living room without a cable subscription. Sorry Fire Phone users – no support for you.

HBO Now was first announced at Apple’s April Conference. It was the first move by a major television network to place all its offerings online independent of a cable subscription.

The Android and Fire OS support joins existing availability on the iPhone, iPad and Apple TV, as well as online support for Cablevision customers. As with before, the subscription will cost $14.99 a month.

Read next: See the world through your dog's eyes with this app